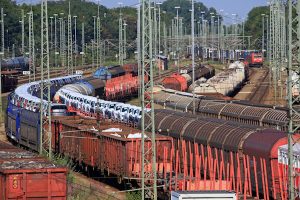 DB Cargo has invested €150m ($172m) in recapitalising its loss-making French subsidiary, Euro Cargo Rail (ECR), with a view to returning it to stability by the end of 2018.

The subsidiary reported losses of €25.5m last year but said the investment by its parent company would bring it the necessary financial resources to continue its recovery and safeguard its competitiveness.

“Through this recapitalisation, the highest in ECR’s history, we are confirming our support to our subsidiary to help it remain the private freight leader on the French market,” said Jurgen Wilder, CEO of DB Cargo.

Along with the injection of money, DB Cargo is restructuring the division, which involves shedding 300 jobs – a quarter of the workforce. The company said 100 workers had already been reemployed in external companies, including Ouest Rail and SNCF Mobilities.

“Despite a still very difficult context for rail freight, ECR has succeeded in completing major recovery steps as scheduled,” said Gottfried Eymer, CEO of Euro Cargo Rail. However, he said rail freight could not survive without the clear support of public authorities.

DB Cargo (formerly DB Schenker Rail) is itself trying to return to profitability after sustaining a loss of €183m in 2015.