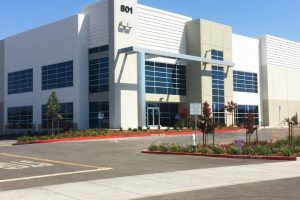 German tier one interiors supplier Dräxlmaier has opened its second manufacturing facility in the US at Livermore, near San Francisco’s Bay Area, and brought the logistics operations formerly located in nearby Fremont onsite. Production will ramp up over the next few months.

Dräxlmaier has invested $24m in the 27,000 sq.m Californian manufacturing facility, which is based in the Oaks Logistics Center on the outskirts of Livermore. The plant will make and sequence parts including door panels and trim parts for premium customers in the region. The company did not confirm which customers they were, but premium electric vehicle maker Tesla has its main production facility in Fremont.

Dräxlmaier said it had taken just eight months to complete the set-up of the facility. It is currently employing 230 people and expects that to rise to 300 as production increases to full capacity.

The supplier set up its sequencing centre in Fremont, California, in 2014 to handle parts shipped from its other manufacturing locations, including Duncan in South Carolina. However, the company said that after receiving new orders from its customers in California, it decided to set up a manufacturing facility there to cut down on transport costs.

The logistics operations now brought alongside production at Livermore include the sequencing of finished parts for delivery to OEM production lines.

Dräxlmaier also has a logistics hub in Chattanooga, Tennessee.