Chanje charges to an electrifying lead 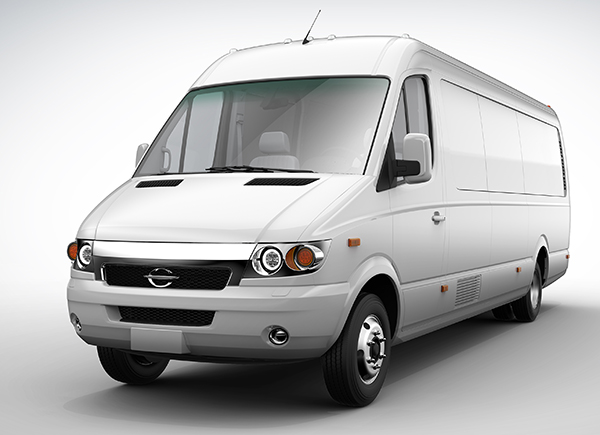 Commercial electric vehicle start-up Chanje has stolen a march on some of the more established players in the US, revealing the V8070 all-electric panel van, which can carry a payload of 6,000lbs (2.72 tonnes), several months before Tesla unveiled its much-anticipated electric truck.

Chanje is led by Bryan Hansel, founder of Smith Electric Vehicles, which has developed the largest fleet of medium-duty electric commercial vehicles in the US.

“I have been at this since 2009 and I guess the base idea of electrification of last-mile delivery just made sense to me,” says Hansel.

“The way this entity came about was realising that if you are going to really pursue this in earnest in last mile, you have to have a product that can operate in a global environment, because it is a niche market. It is a relatively low-volume one from an automotive perspective and so I embarked on an effort to find a partner.” 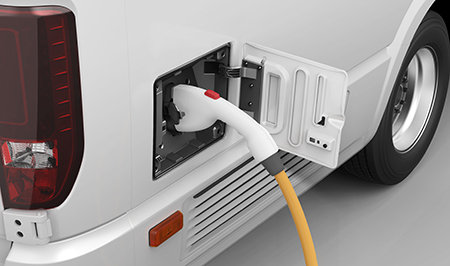 Costs are reducing in the electric vehicle segment, while prices associated with combustion engines are on the increase

Hansel says that, in an overall market of roughly 1.5m vehicles a year worldwide, a global platform complying with standards in a number of jurisdictions was essential to justify the investment.

“There was no one market that would justify the roughly $1 billion it was going to take to tool up this product,” he explains.

China plant, global platformThe standardised global strategy means the company has concentrated the bulk of its capital expenditure in a single location in Hangzhou, China.

“That is where we are taking cold-rolled metal and bending it, welding it and painting it. We are doing all the body-in-white and that core component manufacturing. Then we put it in containers and we can ship it into any given market,” says Hansel.

“We looked at how we could create an environment where we could have a centralised supply chain to drive volumes through for global needs, but then how to localise, so that you can have a presence and have some level of ability to have customisation for local market needs as well as the local content that is required.”

There have been millions of test miles on the design over the past five years, while production of the vehicle in China began about 18 months ago. For the US, it is beginning with finished vehicle imports but it is searching for a US plant location to assemble imported kits.

“It is about having a semi-knockdown kit strategy globally, coming out of the core centralised manufacturing site,” says Hansel. “The initial facility we are setting up is in the US, though we have a vision of doing it in Europe, South America and around the globe, as demand arises.”

Chanje will offer customers 90-day delivery in the US once the 10,000-unit capacity local assembly facility is built. Vehicles in knockdown form are containerised and take about three weeks to get to the US. From there, it will take a further week to assemble and dispatch them to customers.

As the electric vehicle market grows, battery prices have been getting lower, resulting in a number of vehicles globally being able to compete with internal combustion engines in terms of price and operating costs. Building meaningful volumes is also key to achieving this – hence Chanje’s large plant in China.

“Costs are going down in the electric vehicle markets and internal combustion is just getting more expensive. We have crossed the line of parity and all the trends are moving in the right direction,” says Hansel.

“There is nobody else in our space with the ability to have a scaled disruption, because the capacity doesn’t exist anywhere; we are the only one that has the production capacity to come into this space and make a difference.”

US partnershipsChanje has formed a number of local partnerships to provide sales and distribution, as well as charging networks.

Transport and supply chain management provider Ryder System was chosen earlier this year as the exclusive sales channel partner and service provider for Chanje. In November, the company started to take delivery of a 125 medium-duty electric vehicle order. 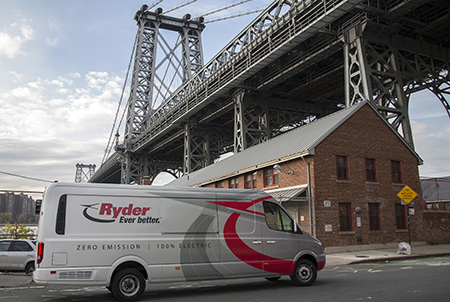 Ryder, which has partnered with Chanje on sales and service, has started to take delivery of 125 new electric vehicles

Ryder has been equipping its maintenance facilities in the San Francisco, Los Angeles, San Diego, Sacramento and San José (California) areas, as well as in the Chicago and New York markets, with the latest technology in commercial electric vehicle charging in support of this.

Ryder planned to make the vans available for Ryder ChoiceLease and rental customers by the end of 2017.

“We are offering fleet customers a ‘one-stop-shop’ of purpose-built electric trucks as well as the energy services, without them having to worry about the installation or energy load management,” says Hansel.