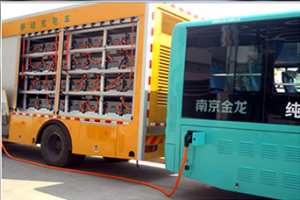 The majority of staff have been told to take paid leave for the rest of the year from July 1. Meanwhile, the government is reported to be considering reducing sector support even further next year.

The problems for Shenzhen-headquartered OptimumNano Energy, said to be the world’s fourth-largest manufacturer of batteries for EVs, began late 2017 when the government cut back on subsidies. The state aid had led to overcapacity in the industry, including suppliers such as battery makers.

The high cost of battery materials such as lithium and cobalt, and intense competition added to OptimumNano’s financial challenges, which first surfaced early this year when orders began to decline, investigative Chinese news journal Caixin reported.

It quoted an April filing to Shenzhen stock exchange in which owners Shaanxi J&R Optimum Energy said it had nearly 2 billion yuan ($301m) of overdue debt. Then in June, Optimum told the securities regulator that 47 of its bank accounts, containing a total of 8.3m yuan, had been frozen by various court orders. It had also reduced production to around 20% of capacity.

The company last year manufactured enough lithium batteries to produce 5.6 gigawatt-hours of electricity for EVs, making it the world’s fourth-largest manufacturer of batteries in the sector, Caixin reported.

OptimumNano focuses on selling to electric bus and truck manufacturers which are reportedly heavily dependent on government subsidies.

Meanwhile, Bloomberg news service this week reported that the government is considering a further reduction in EV subsidies next year as it pushes carmakers to innovate rather than rely on state aid to spur demand for alternative-energy cars.

The central government spent 6.64 billion yuan on funding consumers’ purchases of EVs last year. Many cities and provinces topped up that support with their own.