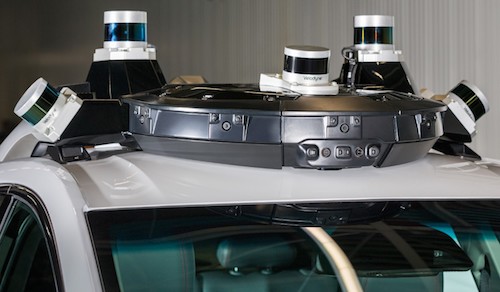 General Motors is beginning to manufacture production versions of its Cruise autonomous vehicle (AV) after building more than 200 test vehicles in the past 15 months to develop self-driving technology.

The bulk of the assembly will take place in GM’s Orion Township factory in Michigan, which also makes the Chevrolet Bolt electric vehicle and Chevrolet Sonic compact. The roof modules, which integrate cameras, sensors and other specialist equipment for self-driving, will be put together at the Brownstown battery manufacturing plant.

GM describes the Cruise AV, which it plans to start selling next year, as the first production-ready vehicle built from the ground up to operate safely on its own without a driver, steering wheel, foot pedals or manual controls.

The company is investing more than $100m to upgrade the Orion and Brownstown plants to manufacture the vehicle. Roof module production has already begun and full-scale output of the fourth-generation Cruise AV is expected to start next year.

“Our Orion and Brownstown teams have proven experience in building high-quality, self-driving test vehicles and battery packs, so they are well prepared to produce the Cruise AV,” said GM president, Dan Ammann.

Since January 2017, three generations of Cruise self-driving test vehicles have been assembled at Orion and trialled in urban environments including city centre San Francisco, the company said.

The Cruise AV is intended for ride-sharing in cities, a company spokesman told Automotive Logistics.

“That fleet would be centrally managed and not sold to consumers. Among the many benefits to deploying AVs in a ride-sharing fleet is the fact that it makes it easier for consumers to experience the technology without having to buy their own vehicle,” he said.

Test bed for autonomous delivery?GM would not discuss the logistics and supply chain arrangements behind the Cruise AV but volume production of an autonomous vehicle without internal manual controls raises some questions about the outbound delivery process.

There has been a lot of discussion over the last couple of years about how AVs could effect part or all of their own delivery process. At last week’s Finished Vehicle Logistics North America conference in California, Jason Kuehn, vice-president at industry analyst, Oliver Wyman, said that vehicles at level three of autonomy – which can handle safety-critical functions independent of the occupant – could already load themselves onto vessels or rail wagons.

The autonomous vehicles business is moving towards a market value of $800 billion by 2030 with ground transport applications accounting for around $500 billion of that, said Kuehn – and logistics was where the money would be.

The potential for AVs to position themselves in the storage and processing yards is another area GM could test with its Cruise, though it was unwilling to discuss this. Vehicle storage facilities are controlled locations where vehicles and people interact with transport equipment, making them a good place to test the technology.

Kuehn also made the point that AVs would be a big contributor to the disappearance of the dealer network in the distribution of vehicles, speculating that Amazon could start selling vehicles in the same way that Cosco has done, eventually cutting out the dealership altogether as the AV drives its own way from distribution point to customer.