At the end of last week (March 25) the UK government announced a strategy to improve the charging infrastructure for electric vehicles (EVs) across the country.

The Electric Vehicle Infrastructure Strategy includes investment of £1.6 billion in support of private investment for the expected 300,000 public chargers needed by 2030, equal to a tenfold increase in the charging points across the country today. 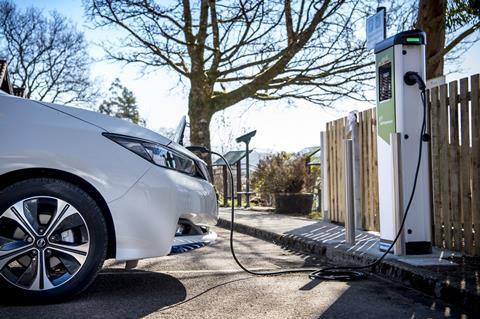 The government said that £500m will be invested to deliver high quality, competitively priced public charge points to communities across the UK. This includes a £450m Local Electric Vehicle Infrastructure (LEVI) fund, aimed at projects such as EV hubs and innovative on-street charging, so those without driveways or designated parking spaces (equal to a third of households in the UK) don’t miss out on cleaner transport.

The announcement of the investment went some way to answering points raised two days earlier at a special summit on the future of electrification in the UK organised by the Society of Motor Manufacturers and Traders (SMMT), which represents the interests of the UK automotive industry. SMMT Electrified brought together 400 senior level representatives from automotive, charging infrastructure, battery supply chain, energy, fleets, logistics, government, and consumer groups to work out how the automotive industry, stakeholders and the government could join forces and realise a successful transition to zero-emission mobility.

An adequate charging infrastructure is central to the success of that transition, as is the localised gigawatt power to maintain charging and the production of batteries needed for EV production in the country.

According to the SMMT, over the last decade the automotive industry in the UK has invested £10.8 billion in EV production, and battery research and development (R&D). Over that time UK manufacturers have produced around 250,000 electric passenger cars, vans and trucks.

There are now 140 EVs available in the UK for drivers to choose from and another 55 coming this year, according to the SMMT. One in six cars, and one in 28 vans, bought in the UK is now an EV.

However, further take up depends on the provision of EV charge points as drivers shift from the range anxiety associated with adequate battery charge, to a concern over exactly where they are going to charge those vehicles either at home, work or on the road.

“The consumer has choice, and increasingly the confidence to buy EVs,” said Mike Hawes, chief executive of the SMMT. “But that confidence is nothing if the same consumer doesn’t have the confidence to charge. Range anxiety has largely been solved but charging anxiety is now the biggest obstacle.”

According to research carried out by the SMMT the ratio of public standard chargers to electric vehicles has rapidly deteriorated and there is an average now of one charger per 32 plug-in EVs across the UK, compared with one per 16 plug-ins 12 months ago. The disparity is more stark on a regional basis, with nine cars per charger in the London area compared to 55 cars per charger in the northwest of the UK, according to the SMMT’s own figures (one charger for every 30 EVs across the south of the country more widely).

That is because increased demand for EVs is not being matched by investment in charging infrastructure.

“UK EV demand is surging, up 320% between 2019 and 2021, notably during the pandemic,” said Hawes. “Over the same period the number of standard chargers rose by a quarter and rapid chargers by just a fifth. Hence customer experience is declining. Instead of levelling up we are actually widening that gap.”

The government’s Electric Vehicle Infrastructure Strategy is the opportunity to plug that gap and deliver a world-class charging network, according to the SMMT.

“No matter where you live – be that a city centre or rural village, the north, south, east or west of the country – we’re powering up the switch to electric and ensuring no one gets left behind in the process,” said Grant Shapps, UK transport secretary.

Establishing a charging infrastructure that visibly reassures drivers that the purchase of a battery electric vehicle will not leave them in the lurch just when they need it most will help push sales. That in turn helps the country move toward a successful future that could see the UK EV parc reach 9.3m by 2030, and double that by 2035, according to Mike Hawes.

”That will be half of all the vehicles on the road,” he said. ”This will help road transport play its part in the UK becoming the first major economy to be net zero. And I stress economy, as this transition must support economic, industrial and automotive growth.”