Zotye seeks to break into US market 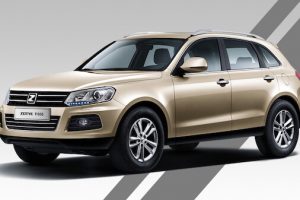 Chinese carmaker Zotye Automobile has agreed to set up a US sales and distribution base in Lake Forest, California, in partnership with Haah Automotive Holdings. Haah, through its Zotye USA subsidiary, will have US distribution rights to sell Zotye Automobile’s full range of SUVs.

The goal is to start selling in 2020, beginning with a compact or mid-size SUV. Some media reports have suggested that Zotye’s T600 (pictured) will be the first model sold through the arrangement, but Haah spokesman Chris Hosford told Automotive Logistics he could not confirm that.

Zotye USA has not issued any sales forecasts but is initially targeting the top 80 metropolitan areas in the US for its dealership network, Hosford said, adding: “It is currently signing agreements with dealers in various parts of the US.”

Discussions between Haah and Zotye about the franchise arrangement took four years to come to fruition.

The Zotye-Haah tie up comes at a time when Chinese-made cars are subject to 25% US import levies. Zotye USA chairman and CEO Duke Hale said the company believed in free trade and he was optimistic there would be a positive outcome to ongoing tariff discussions between the US and China.

“However, should the current proposed tariffs be put into place, Hale has said the company will still bring Zotye Automobile vehicles to the US to distribute and sell through its dealer network,” said Hosford.

Zotye, which manufactures vehicles in eastern China, has also signed a joint venture agreement with Ford to build an electric vehicle in China. Haah, Zotye USA and Ford all said the Zotye-Haah partnership was unrelated to Zotye Automobile’s relationship with Ford.

Ford last month announced it was setting up a stand-alone business unit for China to reverse declining sales and boost financial performance in the world’s largest car market.