The Brazilian port of Vitória, which is managed by Codesa port authority, reported a 16.8% rise in imported vehicles during 2019. More than 44,000 units from a variety of different manufacturers were brought ashore at either public terminals or those leased to public operators. 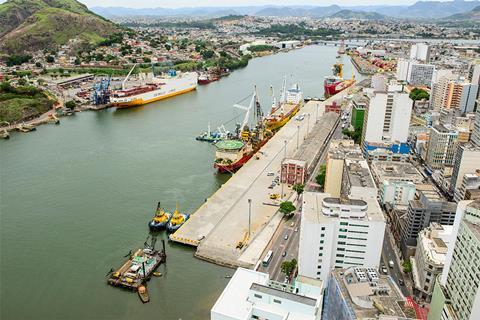 The Poseidon company handled the most finished vehicles, amounting to 30,313 units, or 68.8% of the total imported.

Executive direct of Poseidon, Roberto Garófalo, forecasts that growth will continue. “With the withdrawal of the Inovar-Auto programme and the resumption of the Brazilian economy, we are seeing a good recovery in import volumes sufficient to create good expectations for the market,” he said.

Inovar-Auto was set up in 2012 and incentivised carmakers with tax breaks to produce more efficient, safer, and technology-advanced vehicles, while investing in Brazil. The programme was replaced in 2019 by a new policy for the automotive industry, Rota 2030. Under the new regime vehicle manufacturers investing a minimum of 5 billion real annually in research and development into cleaner technology stand to benefit from annual tax credits of 1.5 billion real ($400m).

Appeal of imports
According to Garófalo, despite the new incentive scheme there is a strong expectation that volumes through Vitória will increase, especially because of the arrival of new smaller cylinder models, which will compete with vehicles manufactured in Brazil. Furthermore, thanks to new technology they have greater appeal than domestically produced vehicles.

“New technologies developed by automakers outside this country, especially with regard to the drastic reduction in the emission of pollutants and [through the use of] alternative energy sources, will have a positive impact on the volume of imports,” he said.

Garófalo added that foreign trade was expected to increase in 2020. Indeed, there is still spare port capacity not just at Poseidon, but also among companies working in the automotive logistics sector in the state of Espírito Santo, especially among haulage providers and dry ports.