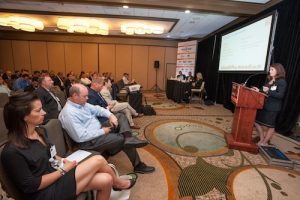 Seasonal trends and regional buying habits in the used car market are a headache for transport companies looking to maximise efficiency and even profit on the backhauls of outbound new car deliveries. Used car movements remain largely reliant on regional truck haulers when often a national transport solution is needed. And too often the urgency behind moving used cars, which lose value very quickly, ends up costing the consignor more.

Christa Hamilton, director of business development for ShipCarsNow, pointed out that used vehicles were widely dispersed and generally moved from US coastal regions to the Midwest.

“We see tourism demand on the coast and those customers tend to lease vehicles rather than buy them, while those in the Midwest tend to purchase vehicles,” said Hamilton.

The seasonal shifts, meanwhile, dictate when vehicles will be taken out of fleets, when they are turned back from leases and when they make their way to a regional office.

“This seasonality challenges the consignors and fleet distributors to find auctions with acceptable wholesale prices, as well as the transportation capacity to get their vehicles there,” acknowledged Hamilton.

Capacity is an issue here as used and new vehicles vie for the same space, at least on the road haulage side of the transport business. The used car market generates more than two and a half times the sales of the new car market  (which itself is heading for 17m in the US alone) and in three years will reach an all time high. However, the pressures on the used car market are arguably even greater since the product is losing value fast and risks being lost to the auction process for several weeks.

“If you are [a transport operator] in this area you are going to be asked: how fast can you do it and how cheap,” noted Andrea Amico, president at Jack Cooper Logistics, which handles the used car and remarketing business for Jack Cooper. “This becomes an interesting game in which the person who gets the business is the person who promises to do it a little bit faster and a little bit cheaper.”

Remarketers are concerned that taking more than two or three days to deliver vehicles to an auction can risk a loss in the sale price as the used car market changes very quickly. That understanding is what underpins the service level agreements (SLAs).

“It’s about moving those cars quickly and turning them into hard cash as opposed to letting them sit there and saying ‘I can wait two weeks if there is capacity’ when you are not 100% positive that the money is going to be there,” said Glenn Roxas, assistant vice president, Enterprise Holdings.

However, according to Amico, relaxing the time constraints when possible can bring benefits. He said that given the fact that an auction is typically held every two weeks, there is more to be gained by working within that time if possible rather than rushing cars in at the last minute.

“Say that today is the 3rd and the next auction is the 5th,” conjectured Amico, “so I will miss that one but now I’ve got 16 days to get my car sold. Instead of looking for someone who will move my car in the next two days from Denver to Florida, for instance, I can look for someone who will move it in the next six days. You know there is more capacity when you relax the timing constraints and more business opportunities to be had.”

He added that in certain circumstances it was about allocation of capacity rather than an emphasis on getting everything done as quickly as possible.

Fleet managers certainly want to manage the supply and the demand through smarter distribution but, according to Hamilton, the process is complicated by the fact that there are reasons to keep vehicles in a saturated market at a certain level because that helps keeps the prices in that market at a higher level. “Savvy fleet managers are constantly weighing up these different options about where and when to sell, and what to sell.”

On the question of backhauling off lease vehicles following new vehicle deliveries though, there remains a resistance to change and potential savings, because matching new car deliveries with used car backhauls remains highly unpredictable.

Amico said that it made sense in theory but would need a machine to do the maths for it to make sense as the options were highly unpredictable.

“We’ve had conversations with various OEMs about the backhaul and taking advantage of that but it just becomes a question of how to execute that,” added Roxas. "Whether it is the transport companies' SLAs or our need to get the cars to their destination in a certain timeframe, it doesn’t work with the backhaul.”