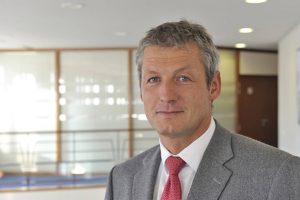 Gefco has revealed a number of recent business developments at a meeting held in Paris this week to launch its new corporate direction, brand identity and the further development of its commercial activity. They include the purchase of rail and compound assets in Russia to support exports to neighbouring countries; the development of inbound logistics services for its customers in Iran; and the creation of a strategy for regionally focused fleet operations in the finished vehicle sector, among other things.

According to Luc Nadal (pictured), president and chairman of the board at the company, at the end of November last year, Gefco bought 720 rail cars and a vehicle storage compound from Russian finished vehicle provider, Rail Trans Auto. He did not disclose the extent of the investment but last year, Nadal talked about a potential €400m ($498m) spend on mergers and acquisitions in Russia. This week he clarified that Gefco had no debt and produced earnings before tax of more than €200m, meaning it could leverage at least twice that to invest – though he was quick to point out that this was not exclusively for investment in Russia.

The reason why it did choose to invest there was to support the growing trade in exports of Russian-made cars within the Commonwealth of Independent States (CIS). Last year, Russian carmakers started more aggressively looking for export markets, given poor domestic sales over the last three to four years.

“Russia Railways (RZD) were choosing their time to invest and Rail Trans Auto were looking to sell their rail cars, which were leased from the banks,” Nadal told Automotive Logistics. “We took over those contracts and the wagons are now the property of Gefco.”

Gefco has also taken over Rail Trans Auto’s compound near Moscow and is currently planning how best to use the additional facility. Nadal indicated that Gefco’s own facility at Domodedovo, south of Moscow, was now at 85% capacity in an indication, along with its decision to purchase assets at this time, that recovery is underway in Russia’s car market.

On the subject of whether RZD was going to proceed with a partial divestiture of shares in Gefco while remaining the majority shareholder, Nadal said this was not currently under discussion.

Inbound to IranNadal also said that one of its important successes last year was the ability to support customers with inbound flows to Iran.

PSA Peugeot-Citroën, Gefco’s former owner and still its main OEM customer, has relaunched its joint ventures for assembly in the country, following the lifting of sanctions recently. There are a number of carmakers and suppliers now following suit and logistics providers have been working to support the renewed impetus for automotive production in the country. However, there are a number of regulations and legal obligations that make providing services there a tricky business.

“You need to make sure you are compliant with all the prerequisites,” said Nadal. “That often goes beyond the legal obligations because some banks recommend that if a company does business with Iran they should use separate accounts, or that transactions are not made in dollars.”

Gefco has addressed all the issues which puts it in a position to serve any customer operating in the country, something Nadal considers of competitive advantage for the company.

No prisoner of consolidationWhile established as an integrator of services, Gefco is also a strong operator on the finished vehicle side of the business where it can be equally cost-efficient, according to Nadal.

“We will stay as an integrator and have an ecosystem of players, but in a world where there is a lot of consolidation we need to show that Gefco is able, whenever it wants, to develop its own capabilities,” he added. “Otherwise, we will have consolidation followed by consolidation. I don't want to be part of that.”

On the outbound side of the business, Gefco has seen double-digit growth on an organic footing over the last three years and is capturing new contracts outside PSA. That represents a change of mindset in the management at the company and, while remaining focused on PSA, Gefco is expanding with other customers. In 2017, Gefco saw a recovery in the automotive sector and a shortage of transport capacity in the market. It is now investing in car-carrying equipment and trucks.

It means that whether in French, Italian or Slovakian regions, Gefco has its own fleet in the development phase and retains the assets it owns, following the Mercurio buyout under that brand identity.

“My message to the market is clear: Gefco is a good partner, including with our competitors – we are exchanging flows in backhaul – but Gefco will not be the prisoner of a market that consolidates,” concluded Nadal.