Global car making will be based on a risk-benefit model

Emerging markets are expected to account for 50% of global vehicle production by 2020 and, to remain competitive and reduce risk in the face of stiffening international legislation, carmakers are looking at co-location and the sourcing of components closer to the final consumer

Stiffening legislation, increased competition and a focus on cost stability have triggered a de-risking of the global automotive value chain.

Heightened competition between countries to attract new production facilities, as well as efforts to maintain their current footprint, has become the norm. In a world where the average vehicle production facility manufactures 200,000 units annually, directly employs 3,000-4,000 workers, and an economic spinoff which can reach ten times this level, the stakes are high. 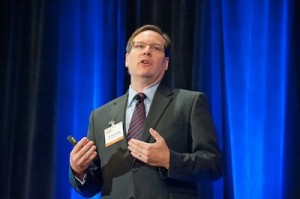 To maintain long-term competitiveness, companies are likely to seek new ways to build vehicles for consumers with an eye towards building greater financial stability, aka de-risking on a global scale. As a result, the industry is sourcing exponentially more vehicles and their components closer to the final consumer. This co-location has major implications for the sector and its consumers.

Where are these new sales? Increasingly, the majority of new sales are found in emerging markets, where improved incomes enable entry into new vehicle ownership. Feeding these consumers then drives sizeable supply side problems.

By 2020, IHS forecasts that emerging markets such as China, Brazil, Eastern Europe, Middle East and South America will represent over 50% of global vehicle capacity share. Can existing vehicle and part supply networks efficiently adapt to feed these new markets? How do countries grapple with the social costs of closing facilities or the fiscal exposure of offering substantial incentives to attract new facilities? Smarter countries are weighing all outcomes.

Why vehicle manufacturers just don’t export to these growth markets is clear. Tariffs and non-tariff barriers are the main decision driver for adding vehicle and powertrain production within these new walls. Importing into a high growth market with tariffs reaching 35% is uncompetitive. The only alternative is to build a domestic production infrastructure to satisfy demand. Vehicle production networks require years to develop, including component suppliers and logistics structures.

In years past, manufacturers would merely export from a home market, hoping to maintain strong facility utilisation. This was the easiest path. Japanese, German and Korean vehicle manufacturers used this model to varying degrees until economic, consumer and political forces dictated otherwise. As recent as 2008, the vehicle sourcing interconnection between regions reached a high of 19% of total global output. However, this has been declining steadily towards 15% of total today. By 2020, IHS forecasts that this could amount to a swing of over 4m units not shipped between regions – effectively lost export opportunities by the developed markets. [sam_ad id=6 codes='true']

Currency swings between key trading partners are also challenging industry and, as a result, are propelling vehicle manufacturers to shift vehicle and powertrain production closer to the sales destination. Over the past decade, the US dollar-euro exchange rate had less than a 10% differential. However, in the midst of this period there have been substantial swings, including a one-time decline of over 20% in a two year period. US dollar to yen exchange rate shifts have been even more pronounced. In a hyper-competitive environment, changes in vehicle costs driven by currency are difficult to absorb into sticky vehicle prices.

Vehicle manufacturers are always seeking ways to do more with less. This standardisation impacts vehicles in many regions to increase scale and cut costs. This trend, called platform consolidation, is allowing new regions to build the same vehicles as the home market plants. The onset of these multi-region vehicle platforms (the building block of a vehicle) born from the need to reduce development costs, speed time to market, as well as reducing production costs, is enabling this movement. The ability to design a single vehicle platform structure flexible enough to base a number of vehicles of similar size and build process is the basis of Ford Motor Company’s ‘One Ford’ plan. Virtually every global vehicle manufacturer is following suit. Other factors driving increased production co-location are escalating logistics costs, reducing in-transit inventory and political leverage. Similar to the light vehicle market, emissions legislation is impacting deep-sea shippers in a profound manner.

Lastly, as has been witnessed in Western Europe, Canada and Australia of late, the elimination of production capacity is a matter of national economic welfare as thousands of jobs are at stake. Production capacity in these regions declined 4m units over the past decade while emerging locations grew 29m units – a startling shift with significant ramifications. These governments will be under intense pressure to increase incentives to maintain these facilities or run the chance of losing the footprint – a prospect that is difficult to absorb; the fallout from a plant closures is immense.

Vehicle production sourcing is ultimately determined by currency neutrality, logistics cost control and the improvement in global industry productivity versus the need to fill capacity back home. Looking forward, increasing competitiveness driven by uneven market growth and the myriad of costs/exposure impacting vehicle importation will drive most vehicle manufacturers to evaluate the risk of maintaining the status quo. In turn, countries will increasingly bear the financial and social costs of this de-risking movement.