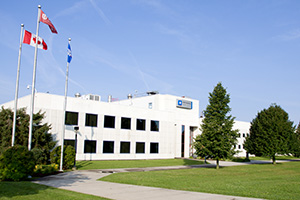 Production of the Chevrolet Equinox at GM Canada’s CAMI site in Ingersoll (pictured) remains suspended as a strike by members of the Unifor union there continues, GM Canada has confirmed.

The strike, which began on September 17th, revolves around the expiry of the collective bargaining agreement between the OEM and the union at the site and fears that GM may be planning to move production of the Equinox wholly to Mexico.

Despite recent talks, a new agreement between the union and the carmaker has yet to be struck.

In a statement on September 25th, GM Canada said: “We are again engaged in discussions with Unifor and continue to work toward a new competitive agreement.”

The OEM also confirmed it had made “related production adjustments” at the St Catharines Propulsion Plant in Ontario, the Spring Hill manufacturing site in Tennesee and the Flint Engine Operations site in Michigan as a result of the dispute.

A GM Canada spokeswoman told Automotive Logistics this week that no Equinoxes had been produced at Ingersoll since the strike began.

The spokeswoman declined to comment on union fears about a move in production to Mexico but in a company factsheet GM points out that it has recently completed a C$800m ($639m) investment at the CAMI site to manufacture the next-generation Equinox there, production of which began in January.

The factsheet also confirms that GM has just completed laying off 405 staff at Ingersoll, after the old model Equinox and Equinox Shuttle were phased out in July. GM first announced the switch in Equinox models early this year.

According to Unifor, GM Canada has failed to address its job security concerns. “A central priority for the union is a commitment from the company to designating the CAMI plant as the lead producer of the Equinox,” it says in a statement on its website. “In July of this year, the company ceased production of the Terrain in Ingersoll and 100% of the volume was moved ito Mexico, resulting in 600 layoffs. The plant now only produces the Equinox. This vehicle is also manufactured in Mexico.”

Talks between the union and the OEM continue.