Grimaldi retakes helm of Finnlines with plans for “a new era” 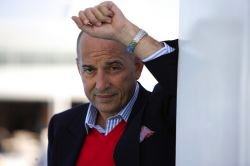 Uwe Bakosch has resigned as CEO and president of Finnish ro-ro provider Finnlines and moved to head the company’s German division Finnlines Deutschland. Bakosch was in the role for four and half years. He has been replaced by Emanuele Grimaldi, chairman of the board, and co-managing director of Finnlines’ parent company Grimaldi Group (pictured), who will take up full responsibility from the January 1 2014.

“I would like to express my gratitude to my predecessor Mr Bakosch for his work as CEO/president in years of global distress, constantly defending the value of our company,” said Grimaldi. “I look forward to continuing the strict cooperation with him in the respect of German part of Finnlines activities in the future.”

In an open letter to the company’s shareholders Grimaldi reminded them that he had previously taken on the joint role of CEO and president for six months in 2009 when the company was reporting monthly losses in the region of €11m ($14.7m) per month. He stepped down from that interim role when the company returned to a breakeven point, but said that stagnant results had necessitated his return to the helm.

“Unfortunately during the last four years and a half, despite the efforts of the management and some capital and cash injections by the Grimaldi Group and the other shareholders, my hopes of a gradual return to a significant profit have not materialised and the company is still floating in a territory of around zero profit results,” he stated. “This trend has to change. That is why, following Mr Bakosch’s decision, I am taking back the direct and full control of the management in the interest of the company shareholders and other stakeholders.”

Grimaldi went on to say that the company required “a more international mindset” to achieve the ambitious goals he had planned for it.

“Finnlines has to combine and benchmark its potentially excellent features with the strengths, the economies and the resources of the Grimaldi Group network,” he said. “And this will inevitably lead Finnlines’ management to think globally.”

In his address to the shareholders Grimaldi outlined the need for a more entrepreneurial spirit, a speedy reduction of debt, with further cost cutting measures, increased productivity and greater energy efficiency in its operations.

He also highlighted the company’s strategy as it faced the impending sulphur emissions regulations affecting all short sea shipping companies operating in European and Baltic waters.

“It remains an open problem the most suitable and efficient solution to adopt for coping with the January 2015 SECA zone regulation challenge,” said Grimaldi. “In any decision timing is crucial in setting the policies. Our strategy – for the time being – is to study, test and wait. As technology advances, it will become easier to judge which solutions are the most adequate to our ships and services.”

As a requirement of him taking up the joint role of CEO and president Grimaldi has stepped down as chairman of the Board of Directors at Finnlines and the Board has elected Jon-Aksel Torgersen to replace him.