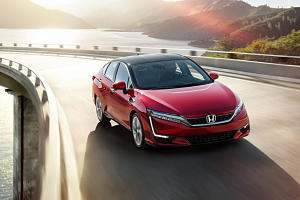 Honda has signed a memorandum of understanding with Hitachi Automotive Systems for the joint production of electric vehicle motors, just a week after announcing a hydrogen fuel cell partnership with General Motors (GM) in the US.

Hitachi has been selling motors for electric vehicles since 1999 to a number of carmakers in Japan and the rest of the world. Honda launched its first hybrid car, the Insight, that same year.

The proposed Japan-based joint venture’s operations are planned to include manufacturing and sales in both the US and China.

“Together with the establishment of these operations, the new company will expand the global supply of motors by creating a robust response to demand from Honda and other vehicle manufacturers,” said the two firms in a joint statement.

Hitachi Automotive Systems, which will have a 51% stake in the jointly held company, said it would continue to promote its current business operations and maintain relationships with other vehicle manufacturers it supplies with motors.

Honda said it would use motors from the new company as well as the motors it currently manufactures itself in Japan.

The signing of the definitive agreement for the establishment of the joint venture company is planned for the end of March. An initial investment of ¥5 billion ($44m) has been earmarked.

On January 30th, Honda and GM announced plans to invest a total of $85m in setting up the automotive industry’s first manufacturing joint venture for the production of hydrogen fuel cell systems.

This year, Honda plans to introduce electric and plug-in hybrid versions of its new Clarity model (pictured) in the US, to go with the existing hydrogen fuel cell model.

“We have established a challenging goal to make two-thirds of our global sales from electrified vehicles by around 2030,” said Toshiaki Mikoshiba, chief operating officer for Honda’s North American region, at the GM partnership announcement.