Innovative logistics is about joining the dots differently 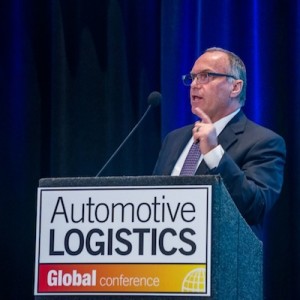 Innovation is something that is often confused with simple improvement in the automotive logistics industry but it is not about finding new ways of doing the same thing and patting yourself on the back; its about joining the dots differently.

Speaking at this week’s Automotive Logistics Global conference in Detroit, William Wappler, president and CEO of packaging management firm Surgere, said real innovation was about more fundamental change and ditching the devil’s advocate mentality that all too often crushed new ideas before they got off the ground.

Wappler quoted Apple’s former CEO and cofounder, Steve Jobs, who defined innovation as “seeing dots and connecting them differently”. He highlighted the misunderstanding of what innovation is by using the example of Kodak, one of Surgere’s customers and a company that considered itself to be constantly innovating in image technology, until Apple came along and revolutionized the world of photography.

Surgere has learned some tough lessons on the path to real innovation according to Wappler, but each failure is something to be celebrated on the road to eventual success. It has meant that the company is now as much an intelligence provider as it is a packaging engineering company. That learning curve is something more companies need to go through, according to Wappler, who quoted from a recent study that 84% of corporate executives believed that innovation was important. Moreover, 80% thought that their business was at risk without it. However, only 6% were satisfied they were where they should be in terms of its take up. According to Wappler that is because a lot of companies don’t have the right model in place, there is no training provided on innovation and there is little true executive buy-in or trust.

Implementing innovation
It is also a case of finding out whether it is innovation itself that is lacking or just weak implementation, according to Volker Vossler, vice-president of operations for the Mexico region at Seglo Logistics. Key to solving that discrepancy was having a measurable, structured, but simple, innovation process in place. It was also about having the right incentives for staff and determining the time need between submission of an idea, its take up and its implementation.

“You need a strong method and project management,” said Vossler. “You also need to bundle innovation related activities in a specific area…and dedicate resources to it.”

Vossler provided three examples of where innovation had born fruit at Seglo and its parent company Schnelleke Logistics. The company is using what it called a Cycle Count Drone for its inventory management that has brought “huge” time savings and flexibility to the process. It is also rolling out ‘pick by vision’  headsets that employ Google Glass technology, which has just passed the testing phase. On top of that it using virtual environments to train its staff so they hit the shopfloor with knowledge of the process from day one.

Vossler said those sorts of innovations originated from an understanding that innovation is always a revolution and could be violent. It was a case of ensuring everyone was aware of that and had the right leadership.

“Take out the fear,” added Vossler. “There should be no negative consequences for trying to innovate.”

Innovation also relies on a constant questioning if it is going to be a vehicle for growth and move toward real value creation, said Tony Fondevilla, executive vice-president, Global Automotive Sector Lead, at Ceva Logistics. On top of that everyone needs to be in the game to ensure practical innovation are applied now.

Fondevilla disputed Vossler’s point that innovation was about violent revolution in business terms.

“Innovation does not have to be a step change,” he said. “The cumulative build of small ideas has good results”

Fondevilla outlined a few of those good results, including its joint development with Rolls-Royce of a pallet for engines and engine modules that floats on a bed of air called Flying Carpet. The Flying Carpet costs about $240,000, which is 40% of the estimated cost for a customised electric forklift that costs around $600,000.

It has also instituted a horizontal collaboration project to pool resources between manufacturers. And this June it opened its Tire City in Italy, a 50,000 sq. m, hub dedicated to the warehousing, handling and cross docking of products from all its customers in the tyre sector.

OEMS need to listen more
One final point that the logistics providers said needed addressing was the greater receptivity to ideas with their carmaker customers. Dana McBrien, associate chief advisor at Honda of America, asked them how open to innovation the logistics providers though the OEMs were. Not very according to Wappler.

“We found the very nature of working with OEMs has been difficult at the best to create innovation,” he said citing one example where a project with one customer that generated some good ideas had been scuppered at the last stage.

“What they tend to do though is suck the life out of innovation,” he said “You meet folks with a great ideas and then they hand you off to purchasing for cost saving and that eradicates the innovation.”

Vossler concurred and said it was down to fear and the fact that OEMs are cautious about ideas that are not homegrown.

“It is not always easy to convince them,” he said. “There were reservations about our drone application. You need to do a lot of work and collaborate within everyone involved.”

It was a point McBrien took on, passing on the word to the OEMs at the conference that it was important to listen to the provider.