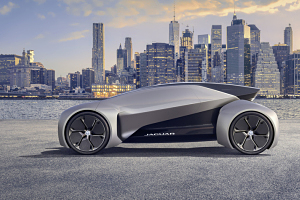 Jaguar Land Rover (JLR) and Daimler’s Mercedes-Benz have announced that in coming years each will offer electrified versions of each model in their respective ranges.

The news follows that of rival carmaker, Volvo, which in July said every new car it launches from 2019 onwards would have an electric motor.

It also comes in the same week that China revealed plans to ban fossil fuel-powered vehicles at a yet undecided date, making it the biggest market to announce such plans after France and the UK made similar declarations earlier this year.

While JLR and Mercedes-Benz have not gone as far as announcing they would stop production of pure internal-combustion cars just yet, the news does mean a much greater variety of electrified models will be available in the coming years.

“We will introduce a portfolio of electrified products across our model range, embracing fully electric, plug-in hybrid and mild hybrid vehicles. Our first fully electric performance SUV, the Jaguar I-PACE, goes on sale next year.”

The UK-based company, owned by Tata Motors, made the announcement at its inaugural Tech Fest, a series of debates and a free public exhibition about the future of mobility. At the event, it also revealed three electric vehicle concepts: An E-type Zero, the electric version of its classic sports car; an I-Pace concept; and a Future-Type (pictured), part of its vision for the car of 2040 and beyond.

For Daimler meanwhile, the news means it will offer at least 50 electrified versions of its passenger cars in hybrid and fully electric variants, according to group chairman and head of Mercedes-Benz cars, Dieter Zetsche.

Speaking to investors at a capital markets day on Monday, Zetsche said: “It is up to us to develop and deliver products which will boost demand. Because, we are totally convinced, the right way is not to mandate the use of electric vehicles to the customers but to create so much excitement about these new vehicles that the customers can’t resist to go for them.”

“By 2022 we will have the entire Mercedes-Benz product portfolio in electrified versions as well,” he added.