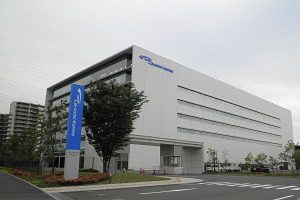 American private equity group KKR has agreed to purchase Nissan’s 41% in Calsonic Kansei and, at the same time, offered to buy the remaining shares in the Tokyo-listed parts manufacturer, valuing it at almost ¥500 billion ($4.5 billion).

Nissan will receive about $1.85 billion for its interest and KKR’s offer of ¥1,860 per share is more than double the volume weighted average share price over the past year.

Rumours of the sale first surfaced in October, when newswire Nikkei named KKR as the front runner for Nissan’s stake after it had made the highest offer in a second round of bidding.

The company is still heavily reliant on the Renault-Nissan alliance source of more than 80% of its revenue, but it has been working to diversify its revenue sources.

The company employs approximately 22,000 people and reported sales of ¥1.05 trillion for the year to end-March 2016.

Yasuhiro Yamauchi, Nissan’s chief competitive officer at Nissan said: “This agreement was reached because we share common interests and goals. Nissan is hoping to further increase the competitiveness of Calsonic Kansei – one of our most important partners – and KKR recognises the company's potential.”

In 1999, Calsonic, which specialised in air conditioners and heat exchangers, merged with gauge maker Kansei. Nissan increased its stake in the company from 28% to 41% in 2005.

KKR will make the acquisition via its Asian Fund II. Prior to this the group had made three acquisitions in Japan, namely: Intelligence Ltd, Panasonic Healthcare and Pioneer DJ.

KKR’s tender offer to Calsonic Kansei’s remaining shareholders is expected to open in February next year.