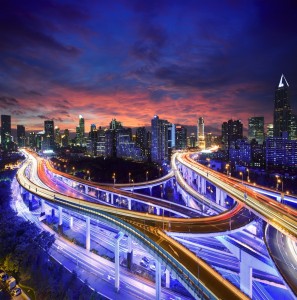 Changes in the very make-up of vehicles will dramatically reshape the outbound sector.

It is not what has changed in automotive logistics over the past ten years that is remarkable, so much as what has not. Much in the world’s economy is almost unrecognisable compared to a decade ago, including the car industry. In 2005 the markets of the west and Japan dominated sales and production. A few years from now, China together with other emerging economies will likely account for most of the cars sold in the world.

Trading patterns have changed, and assembly locations are in flux. Although exports from Germany are strong, the model in which it dominates global vehicle exports with Japan is probably about to end. For evidence of this, look at the huge assembly capacity that Volkswagen has installed in China.

The supply chain will become more complex. However, while many outside the sector expect that change to be most dramatic for inbound, the development of global vehicle flows is likely to be most complicated for transport. Components may change, but most will still be fed from suppliers near to assembly plants. Finished vehicles, however, will continue moving across more locations, including places like Mexico or India, to be sold across developed and emerging markets. Logistics infrastructure and capacity will need to keep pace.

Despite a dynamic network, an enormous amount is also static in the supply chain. The interface with the car-buying customer remains decrepit, for example. Not only does the industry operate a structure of dealerships that is antediluvian in an age of internet retailing, but also it struggles to adapt to changing customer demands. The industry’s big leap forward over the past 20 years has been the evolution of ‘order-to-delivery’ systems, which have helped carmakers manage their existing manufacturing model in a more rational way. Today, the best OEMs can flex production schedules fairly quickly to sell the most profitable vehicles. However, even these systems are rooted in the 20th century. In an age when some of the world’s largest retailers are half-seriously thinking of delivering products to customers’ houses by drone, most OEMs still expect buyers to visit a dealership and haggle.

Not much change in a century

The engineering concepts underlying vehicles have hardly changed since Karl Benz invented the internal combustion engine in the 1890s. Meanwhile, 20th century concepts of production, of which the car industry was the supreme example, emphasised economies of scale and the uniformity of product necessary for maximum efficiency in factories. These remain the fundamentals of the car industry, with innovations such as ‘platforms’ to manage model variety with standardised building and tooling processes. However, assembly operations remain rigid.

This pragmatic approach to engineering is reflected in what a car is made of, with steel long the industry’s favoured material. Malleable and cheap, steel requires presses that can be worked intensively once the dies and welding machines have been set up. These technologies drive the long production schedules that shape automotive logistics.

Steel might be cheap, but its strength-to-weight characteristics have made it less attractive. Carbon fibre isn’t the easiest to work with, but is the material of choice for ambitious projects at BMW; Ford, Jaguar and others are betting big on aluminium; and while 3D printing may have limited applications in the automotive industry today, it illustrates that highly adaptable production methods exist.

It would be wrong for those in the sector to be complacent about coming changes, as alternative powertrains, self-driving systems and body materials could usher in a revolution. The largest suppliers are now evolving subsystems, mostly digitally engineered, around which future architectures will be built. Some of these companies aren’t even from the automotive sector, with Google the most high profile.

A future industry characterised by electronic modular ‘plug-in’ components within architecture made from non-ferrous materials would require a very different supply chain. For inbound sourcing and logistics, it may be easier to manage as manufacturers could reconfigure components quickly in response to customer demands. Product cycle times could also be compressed, reducing vehicle inventory.

There would be knock-on effects for vehicle logistics; the sector would have to become nimbler in responding to changes in volume or production locations. Ongoing capacity and velocity issues for rail in North America today suggest the sector is already struggling to adapt.

For now, automotive markets are changing astonishingly fast, even if some aspects of the industry – and therefore its supply chains – are still stuck in the last century. Change may be imminent and when it comes, the shifts will transform the logistics of the automotive industry. There will be many casualties – some of them logistics companies – but there will be more winners than losers.