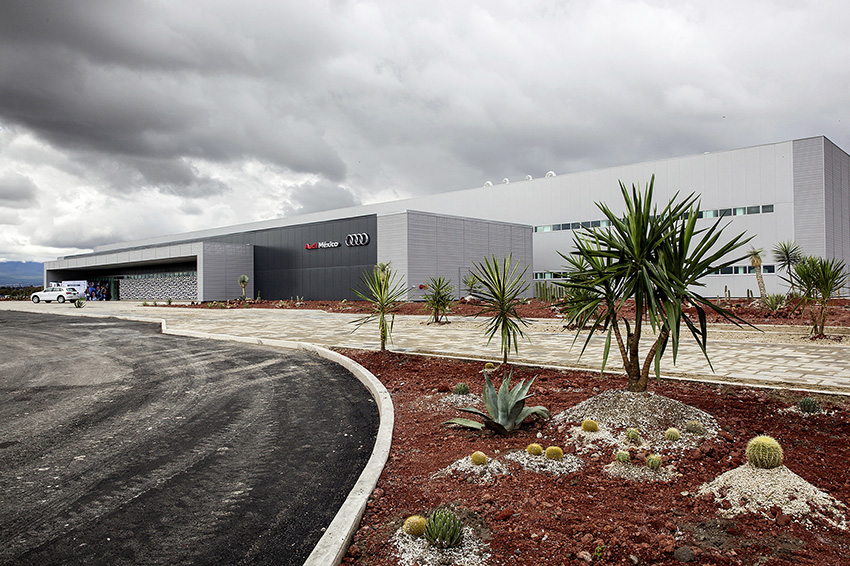 The Mexican automotive sector has enjoyed a spectacular start to 2018, reaching all-time highs in vehicle production and exports during January.

According to the Mexican Association of the Automotive Industry (AMIA), a total of 303,755 vehicles were produced during the month, over 4% more than in January 2017. Vehicle exports, meanwhile, came to 231,088 during the month, up 9.2% on the same month last year. Both figures are the best ever recorded for the first month of the year.

Growing exports to the US have left Mexico supplying 15.5% of total vehicles sold in that country, said AMIA.

AMIA’s figures for January include output data from German carmaker Audi for the first time and show the OEM produced 13,633 vehicles during the month, with 9,214 exported. Audi began production of its Q5 model in 2016 at its manufacturing plant in San José Chiapa, Puebla (pictured). During 2017, it produced a total of 158,550 units.

The Mexican automotive industry has plans to raise total annual production to 5m cars by 2020. Last year, the total reached just over 3.9m units – a figure that will be boosted once BMW brings its new factory in San Luis Potosí online next year, and by the new Daimler-Nissan plant in Aguascalientes.