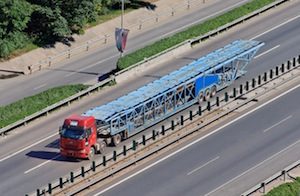 The finished vehicle logistics market in China is set to face substantial change, if costs are not to rise substantially as a result of slower growth in the market and new restrictions on truck dimensions, delegates at the Automotive Logistics China conference in Chengdu were told today (April 21st).

At the event, both OEM executives and logistics providers showed signs they were starting to recognise the need for new ideas – and that their survival may depend on them.

At the heart of the issue is the decision by several ministries of the Chinese government to apply stricter controls on the size of car transporters, which for years have violated the official 16.5 metre maximum length limit in favour of much longer but illegal equipment whose payload benefits more than make up for any fines they might attract.

From July this year, however, the new so-called GB1589 rule will come into force, allowing vehicles up to 22 metres long overall with a limit of 12 metres on the trailer. Maximum permissible width will be 2.6 metres and maximum height 4 metres. 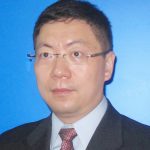 Xu Guangqing: transporter capacity could be more than halved

Xu Guangqing, managing director for logistics engineering and operations at SAIC General Motors (SGM), warned that vehicle logistics costs could rise by billions of yuan a year as truck payloads were effectively cut from as many as 22 vehicles per transporter to 10 or fewer.

“There will be temporary pain and hard times, especially since the macro-economy isn't doing well,” he said. “As OEMs and as LSPs, we have to think about innovation. Whoever comes up with innovative technology or methods, they will take the leading ground in the future.”

Around 80% of passenger cars are moved by truck in China and there are at least 30,000 carriers on the country’s roads, many of them over the current legal limit. While there will be a two-year transition period, logistics costs are expected to rise sharply. In response, outbound executives have begun exploring the use of more multimodal transport, including rail, short-sea coastal shipping and barge movements on the Yangtze River.

Al Cardona, head of finished vehicle logistics and customs for BMW China, pointed to the need for technological adaptation as well. “Quality, automation, innovation – it’s a given. As OEMs we can’t deviate from that. There are some concepts in the logistics industry that are 100 years old and must change,” he said. “If cars need to come by rail or barge or using [convertible trailers], then why not? Certainly as an OEM, we are happy to support technologies that will help us to gain a competitive advantage.”

SGM’s Xu pointed to convertible equipment that could carry more than just finished vehicles as one significant innovation that could help. Bill Pawluk, chairman and chief executive officer at CTM, which builds such equipment together with car carrier manufacturer Lohr, has plans to enter the Chinese market now that legislation is being standardised, and said its use could potentially help reduce the requirement for far more dedicated transporter trailers to be built and bought as a result of the new restrictions.

“Theoretically, half the [current] capacity would be transported on an equal number of trailers. Who’s going to build that many [new trailers] in a few years?” asked Pawluk. “There could be a huge capacity crunch... somewhere along the way, the pain will have to be absorbed by the industry.”

Pawluk said one solution that would help reduce empty miles, which his company is working on with software provider Inform, would be for car carriers to pick up vehicles, parts, or even other cargo on their return journey from a plant. While this would probably begin with other automotive companies, in the future it could be extended to retail sectors, he said.

Using big data While diversified transport modes and new equipment will play its role, executives also highlighted the potential that greater visibility and connectivity would bring to managing the vehicle logistics chain. Cardona said such factors were essential to making a delivery on time, especially for an OEM moving vehicles on some of the busiest roads in the world.

Fang Hao, from Beijing Chinaway Technologies, welcomed the regulatory change, pointing out that the largest car transporters often had to wait around for some time at docks to be loaded to capacity – anywhere between two days and a week, in fact. “This is a waste. You can address this issue with the new standards,” he said. “After implementation [of the new restrictions], drivers will have higher efficiency and will spend fewer hours waiting in the distribution centre.” 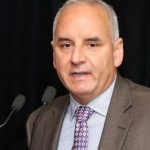 Al Cardona: some 100 year-old concepts might now have to change

Fang told delegates his company’s G7 app could generate a huge amount of data from vehicles and improve the visibility and connectivity of the automotive logistics industry in China. The technology uses GPS to measure the effects of traffic jams and accidents and allows users to upload images of road issues, monitor sharp braking or accelerating, show peak and quiet hours, and measure truck departure/arrival times, among other things. “I believe in ten years that all logistics actions will be connected to the internet. Without data, there will be no logistics performance. Data will become the basic production factor,” Fang said.

The app has been measuring traffic density for many years and Fang said the data generated now covered all regions and roads in China, with around 30-40% of trailers currently connecting to the service. “We need digitalisation of the whole process. All trailers and vehicles need to be connected and the whole process needs to be updated on a platform. All drivers can access the system via smartphones,” Fang said.

Cardona said that as further innovations started to come to market, he would like to see companies making more of an effort to work together on new technology. “Service providers, come to BMW and say ‘this is the solution to the problem’. We would say, ‘where do we sign?’... However, with so much potential, why not work together and combine something?”

By Rachael Hogg and Christopher Ludwig