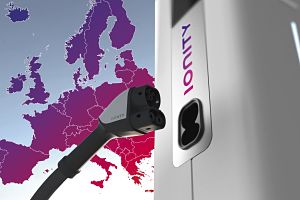 Four major carmakers have formed a joint venture to build a network of electric vehicle fast charging stations around Europe.

The Ionity joint venture plans to build a total of 400 High-Power-Charging (HPC) stations in the region by 2020. The level of investment has not been disclosed.

The four carmakers involved are BMW, Daimler, Ford and Volkswagen (including Audi and Porsche). The joint venture will be led by CEO Michael Hajesch and chief operating officer Marcus Groll.

The new network will have multi-brand compatibility with current and future generations of electric vehicles through a Combined Charging System (CCS).

Twenty stations will be opened on major roads in Germany, Norway and Austria this year at 120km intervals. In 2018, the network will grow to more than 100 stations.

The group said it would choose the best locations based on potential integration into existing charging networks and infrastructure initiatives.