Russian truckmaker Kamaz is planning to boost sales overseas by nearly 35% this year, compared to 2019, amounting to 6,700 trucks based on exports and overseas production. 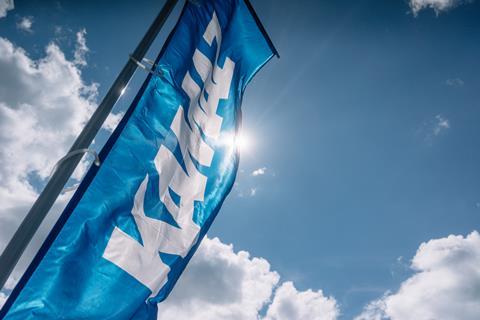 Last year Kamaz, which is by far Russia’s biggest truckmaker, sold around 35,500 trucks, including 5,000 trucks to non-Russian clients. The company began exporting trucks to Kazakhstan, Uzbekistan and Turkmenistan, and opened an assembly plant in Vietnam. Combined with exports to the country Kamaz aims to sell 1,300 trucks in Vietnam this year. It has already assembled the first trucks at the plant in Vietnam and is aiming at initial annual production of 1,000 trucks.

Russia and Vietnam have signed an intergovernmental agreement under which Russian carmakers are allowed to export 2,500 finished vehicles and 13,500 automotive kits to Vietnam per year subject to lower import duties. Russia’s Industry and Trade Ministry said that Kamaz, GAZ and UAZ export semi-knockdown kits (SKDs) to Vietnam and share the given import quotas.

However, GAZ is still under a threat of US sanction and its parent company Sollers said it was not interested in launching sales in Vietnam.

Export challenges
Kamaz has been exploring new export markets as a means to boost sales, though not always under the easiest terms. Truck exports to the African country of Angola were paid for with timber, according to the company’s general director, Sergey Kokogin. Kamaz is transporting that timber to Vietnam and selling it to make up the revenue.

Additionally, Kamaz is currently mulling the opening of an SKD plant in Egypt, though to do so its needs to have a guaranteed demand for at least 500 trucks per year on the local market, of which it is currently short.

Kamaz is looking for sales outside Russia because of shrinking demand on the domestic market. As indicated, in 2019, it sold around 30,000 trucks in Russia, around 44% of overall truck sales in the country for the year (according to Autostat figures). However, the company forecasts that its sales will be down this year to 29,000 trucks, though it still hopes to grow it share of the market to 44.6% against greater declines amongst its competitors.

However, production for both domestic and export markets is being further hampered by the coronavirus epidemic. Kamaz said last week that it had been forced to switch to part time production because of a shortage of parts supplied from China.