Toyota to pick up parts from suppliers in Tokai 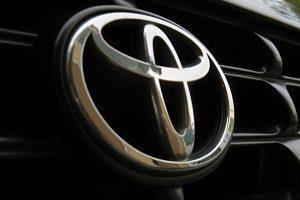 Toyota is extending its strategy of picking up parts from suppliers, rather than having them organise the delivery of parts to its assembly plants in Japan. Following partial trials in the Kyushu and Tohoku regions, the carmaker will apply the logistics strategy on a large scale for pickups in the Tokai region from September this year. Toyota said the move was designed to reduce emissions and tackle the growing shortage of truck drivers.

The government has called for a 26% reduction in carbon dioxide (CO2) emissions by 2030, based on 2013 levels when they reached 9.8 metric tons per capita.

Toyota estimates the number of truck drivers in Japan will have declined 26% by 2030, compared with 2015, resulting in a severe nationwide shortage.

The carmaker said using the pickup method for inbound parts rather than the traditional delivery method will supported by a new efficient transport system that it plans to implement.

By integrating part suppliers and distribution companies, an aim of the new system is to reduce work burdens on truck drivers as their numbers become fewer.

Large-scale introduction in the Tokai region will build on the partial pickup logistics used in the Kyushu region since 2016 and Tohoku since 2018. Those systems have been fine tuned over time through cooperation between part suppliers and distribution companies. Results of those trials include an increase in transport efficiency of 12% thanks to greater truck loading efficiency and a reduction in CO2 emissions by around 6%.

The milk run method is employed whereby multiple part suppliers use a single truck for efficient delivery. That has contributed to the higher loading efficiency and reduced total driving distances.

Transport planning has been enhanced by bundling arrangements together, and Toyota is using its manufacturing principle of continuous improvement, or kaizan, to refine the pickup logistics system.

“By implementing this series of measures in the Tokai region and expanding the application in the Kyushu and Tohoku regions as well, Toyota expects to increase transport efficiency by approximately 8% and reduce CO2 emissions by approximately 8%, compared to previous levels,” the company said.

The measures are being brought in for stable and sustainable logistics long-term, it added.

Earlier this year, Toyota began participating in the government-backed ‘White Logistics Movement’ which has the goal of creating a work environment more amenable to drivers.