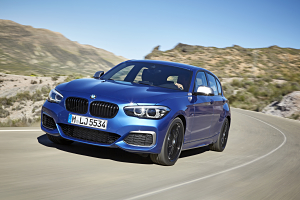 BMW has been forced to limit or stop vehicle production at several of its facilities globally this week after tier one supplier Bosch was unable to provide a sufficient number of steering gears to the German carmaker.

Various plants in Germany were affected, while the Tiexi plant in China and Rosslyn in South Africa extended or pulled forward planned production shutdowns to limit the lost production time.

“We are taking advantage of the flexibility of our processes to minimise economic damage,” said BMW in a statement.

The carmaker also said it expected Bosch to “compensate for damages”.

On Wednesday (May 31st) Bosch said it was once again supplying BMW with the electric steering systems. The shortage was due to the housing for the steering system, which it procures from an Italian company.

"Production of the cast housing in question, which had been restricted at times, has been ramped up again over the past few days, meaning that the agreed quantities can be delivered," said Bosch in the statement.

"Over the next few days and weeks, the priority for Bosch is to secure deliveries to customers and to make up for any shortfalls as quickly as possible."

Ranges affected included the BMW 1,2,3 and 4 Series. Mini production and production of BMW X models, as well as larger 5 Series, 6 Series and 7 Series vehicles, were not affected.

Following the news that Bosch would once again be supplying the part, BMW said: "We will be able to return production of these models to normal levels, following the recent temporary production restrictions."

"In the coming weeks, we will try to clear the production backlog caused by the lack of supply from Bosch as far as possible.”