Buchner to step down as Mercedes-Benz Trucks chief 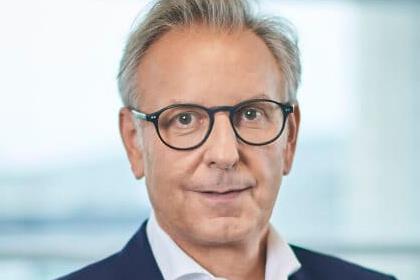 Stefan Buchner (pictured) is to end his management board membership at Daimler Truck and role as head of Mercedes-Benz Trucks on September 30.

He has been with the German lorry and car-making group for around 35 years and says on reaching 60: “At the beginning of a new decade in my life, I have made the personal decision to retire.”

Daimler Truck chairman Martin Daum said: “As a longstanding member of the board of management of Daimler Trucks, Stefan Buchner has made significant contributions to the successful development of our company.

“This includes the creation of a worldwide organisation for the powertrain of our trucks, which is so important for our competitive advantage, as well as important structural and strategic changes at Mercedes-Benz Trucks.”

After an apprenticeship as a communications equipment mechanic with the German Federal Railways, Buchner studied industrial engineering at Esslingen University of Applied Sciences.

From 1986, he held various management positions in the procurement and strategy business areas of Daimler-Benz.

Following a spell as head of global procurement and supply at Mitsubishi Motors in Japan, Buchner returned to Germany and was made head of procurement at Daimler Trucks and Daimler Buses. For the past 11 years he has been responsible for global powertrain and production planning.

The intervening time will allow for an orderly transition, the best possible succession decision and initiation of a generational change at top management at Daimler Truck, he added.