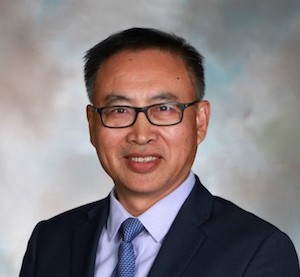 Ford is turning its business in China into a stand-alone business unit, Ford China, headed by Anning Chen (pictured). The move is part of a general reorganisation of the OEM's Asia-Pacific operations designed to return the company to profitable growth.

The change takes place against a background of falling sales in recent years. According to market researchers, Ford has fallen from being sixth in the ranking for passenger car sales in China four years ago to 18th this year.

Creation of a Ford China business unit will allow for greater focus on the market, being closer to customers, faster decision making, and increased Chinese leadership within the company, the OEM argues.

“China is absolutely essential to Ford’s profitability and growth,” said Jim Farley, president of global markets for the company. “As the largest vehicle market in the world, China commands its own leadership and focus.”

The company also says it will capitalise on emerging markets’ opportunities, reduce bureaucracy, have the right cost structure and improve operational fitness.

Chen will be Ford China's president and CEO from 1 November. His new role marks a return to Ford, having held various management roles between 1992 and 2009.

[mpu_ad]Since then he has been chairman of Chery Jaguar Land Rover Automotive and CEO of Chery Automobile. Ford recognises that he directed the Chery turnaround, transforming it into a profitable, globally-operated Chinese auto company with an international business outreach and diversified culture.

The latest corporate structure changes coincide with Ford’s product renewal in China, with high-volume launches of the Territory, Focus and Escort. The group’s target to is have 50 new models on China’s roads by 2025.

Five months ago the company created a single finished vehicle distribution channel to replace a complex joint venture and dealer network in China. Ford also plans to build electric vehicles in the country in partnership with Anhui Zotye Automobile, subject to regulatory approval.