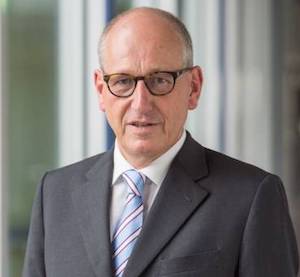 Andreas Wendt (pictured) has become BMW’s new management board member for purchasing and supplier network. He was previously director of the group’s largest car assembly plant in Germany at Dingolfing.

Wendt was appointed to his new role on 1 October by the supervisory board, whose chairman Norbert Reithofer said: “The purchasing and supplier network is more important than ever to our commercial success. We can only achieve the required innovation in our focus areas of electromobility, digitalisation and autonomous driving by stepping up our partnerships with suppliers.

"The appointment of Andreas Wendt puts the purchasing division in an excellent position to meet all these demands.”

Reithofer described Wendt as being a driving force for innovation who has always set new benchmarks with his expertise in managing quality and complexity.

Wendt, who trained as a mechanical engineer, has been Dingolfing’s head since 2017. Before that, he managed the company’s Regensburg plant in Germany for eight years. He began his career at BMW in 2002, as head of strategy development production and, among other roles, spent three years as director of the group’s largest engine plant in Steyr, Austria.

A successor to Wendt as director at Dingolfing has not been appointed, a BMW spokesman told Automotive Logistics.