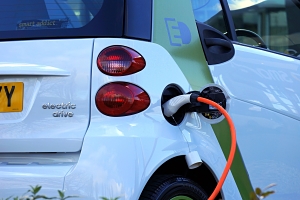 Last week’s proposal by the UK government to ban sales of petrol and diesel vehicles by 2040 raises some serious questions over the UK’s ability to adapt to greater electrification, senior industry observers have pointed out.

Reacting to the joint announcement by the Department for Environment, Food & Rural Affairs and the Department for Transport, Mike Hawes, chief executive of the Society of Motor Manufacturers and Traders (SMMT), described the proposed ban as a “surprise” and somewhat “heavy-handed”, given the market’s existing progress towards alternative engine products.

“The industry is already moving away from internal combustion engines. We are seeing a raft of new products on the market: hybrids, plug-in hybrids, pure electric and hydrogen vehicles,” said Hawes.

“One of the concerns we have is that in this transition, we all need to make sure that the UK’s strengths are maintained – and an outright ban presents some risks, especially to some of our small manufacturers,” he added.

Another area of concern is what the ban could mean for commercial vehicles, most of which are powered by diesel engines, said Simon Heath, director and automotive specialist at KPMG UK.

“Over 90% of commercial vehicles are diesel and only limited alternatives are available presently,” noted Heath. “The government needs to further consider the implications of the ban, as well as the huge infrastructure investment that will be required to install charging stations across the country."

Hawes of the SMMT highlighted the compromise that would need to be made between range and payload on commercial vehicles if they shifted towards pure battery power, and suggested there were also questions about the UK’s capacity to produce electrified vehicles locally on a large scale.

Currently the Nissan Leaf electric vehicle is built in the country, while BMW has just announced that the electric Mini will be built in Oxford from 2019.

The BMW announcement indicated that the drivetrain for the vehicle would be imported from Germany, highlighting the interconnected supply chain between the UK and the rest of Europe, as the UK prepares to leave the trading bloc and negotiate a number of new trade deals globally.

Any future trade negotiations between the UK and the EU, and between the UK and the rest of the world, will probably contain rules of origin requirements for goods manufactured within the partner countries – and with the UK’s conventional automotive manufacturing industry already believed to sit well below the levels expected under most free trade agreements, a shift to electrified vehicles may exacerbate the problem.

“With this shift to electric vehicles, clearly, a greater proportion initially of the value or the content will be in the drivetrain,” said Hawes.

One potential solution, he said, may lie in the principle of cumulation, whereby goods from other countries can be recognised as original content.

In Europe, trade goods from countries such as Morocco and Israel are recognised under this rule, while within the recent Japan-EU in principle trade agreement there is opportunity for content from the ASEAN nations to count towards Japan’s original content, according to Hawes.

“That is one way that you can get around and overcome some of the potential threats,” he said. “The other option is to get a tremendous amount of investment in very quickly to make sure you get to that threshold.”

Describing the words used in last week’s government announcement as “very much open to interpretation”, the consultancy said it effectively left the way open for “electrification on a number of levels, including plug-in hybrid electric vehicles (PHEVs) and possibly even mild hybrids.”

Alternative fuel vehicles are steadily gaining more market share in the UK although they remain a small component of the overall sales mix. Over the past decade, annual sales of such vehicles have increased five-fold to reach 88,919 units in 2016, from 16,641 in 2007. Last year, 3.3% of all registrations were of alternative fuel vehicles, compared with just 0.7% in 2007.

This year, the trend has continued with electrified cars making up 4.2% of car sales in the first half of 2017.