In the first quarter of 2019 Russia exported 22,700 finished vehicles, an increase of 43.3% compared to the same period last year and equal to $307m, according to the Russian Federal Customs Service. 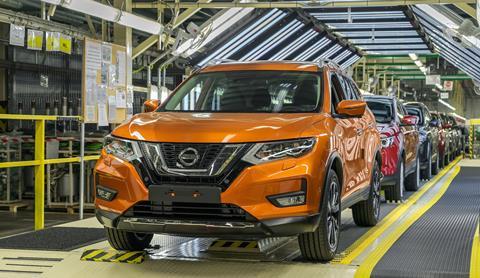 Vladimir Bespalov, analyst of the Russian consulting service VTB capital, said a number of carmakers were developing export supplies from their assembly facilities in Russia to improve capacity utilisation during a time of slack demand in the Russian market. This has been helped by existing logistics subsidies offered by the Russian government, However, Bespalov added that the volumes exported were still low and not enough to maximise plant capacity.

Several carmakers have confirmed their efforts to expand exports. In the first quarter of 2019, Hyundai exported 3,800 passenger vehicles from Russia, 60% more compared to the same period in 2018. The main export destinations were Belarus, Kazakhstan and Azerbaijan, although in earlier statements Hyundai executives said the company was interested in developing exports to some countries in the Middle East and North Africa.

Last year Nissan exported almost 5,750 finished vehicles from its plant in St Petersburg, 50% up compared to 2017. As the result, the overall production performance of the plant last year increased 23% on the previous year and Nissan reported production of 56,525 vehicles, which was the all-time record. The carmaker has also been developing automotive components exports from Russia to the European plants.

Under a special investment contract (spic), signed with the Russian government, Nissan is expected to increase localisation and expand vehicle export supplies.

Russia’s biggest vehicle exporter is Avtovaz. In 2018, the company sold 38,000 finished vehicles on non-Russian markets, 57% up compared to the previous year but it has not released any figures for the first quarter of this year. However, in a statement released May 13, Avtovaz said that in the coming years it planned to focus on increasing vehicle exports in the Middle East and North Africa. In 2019, the carmaker also began exporting vehicles to Mongolia, though it also stopped all deliveries to the EU and Iran.

Russian carmaker, UAZ, also started finished vehicle exports this year, and said it intends to send between 300 and 500 vehicles Chile and a few hundred to Cuba per year. It is also looking at future exports to new markets in Latin America.

Giving the spics already signed with carmakers and those that are still under discussions, the Industry and Trade Ministry expects that finished vehicle exports from Russia will grow from 115,000 units in 2018 to 300,000 units by 2025. The means export revenue coild jump from $3.4 billion last year to almost $10 billion in 2025, even though the volume of export logistics subsidies allocated by the Russian government is set to shrink in the coming years.