UK tax on US tech firms could backfire on car industry 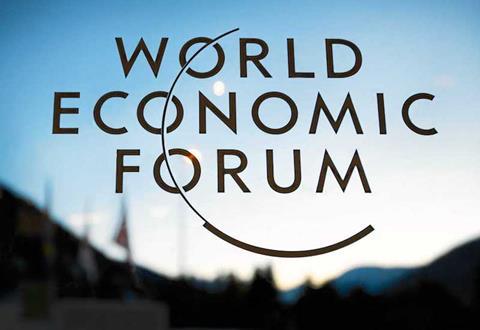 The UK government’s commitment to a 2% tax on the sales of US technology giants, including Apple, Amazon and Facebook, could lead to retaliatory taxes on the UK automotive industry, which exported more than 221,000 finished vehicles to the US last year, according to figures from the Society of Motor Manufacturers and Traders (SMMT).

At last week’s World Economic Forum (WEF) meeting in the Swiss town of Davos, UK chancellor Sajid Javid said the tax on the tech firms was planned to take effect in April this year. The UK, along with a number of European countries, has said the firms should be taxed according to where the digital activity that brings in their revenue takes place, not where their headquarters are located. The 2% tax would reap £500m ($551m) for the UK’s public finances.

Steve Mnuchin, the US treasury secretary, responded to the UK’s position with the threat of new tariffs on UK carmakers. The US has also threatened the EU with tariffs on car imports if it does not secure better terms in a separate trade deal. In response to a question on automotive tariffs at Davos president Trump said that the US had been losing $150 billon a year in trade with the EU.

According to the European Association of Automotive Suppliers (Clepa), the trade in goods is more complicated than that.

”When you include trade in services, as is commonly done, and primary income (for instance US company profits made in EU and sent back to US), the picture looks very different,” said Clepa’s secretary general, Sigrid de Vries. ”In that case the EU may actually run a deficit or a significantly smaller surplus, depending on how you calculate.”

The EU has a trade surplus to the US when it comes to trade in vehicles and auto parts, but this is not the full picture given the global supply chain, according to de Vries. ”EU manufacturers also export cars from the US to China. Strikingly, in 2018, BMW and Daimler’s Mercedes-Benz accounted for 57% of the $6.7 billion-worth of finished vehicle exports from the US into China.”

Value of automotive trade between EU and US in 2018 (Clepa)

Automotive-related trade currently accounts for 8% of total trade in goods between the EU and US, according to figures from the European Automobile Manufacturers’ Association (ACEA). The US is the number one destination for EU-built cars, accounting for 29% of the total EU export value and 25% of US global car imports by value.

Securing a trade deal
The spat between the UK and US comes at a time when the UK is looking to secure a trade deal with the US, which is its second biggest market for exported vehicles after the EU, accounting for around 18% of exports. Those exports are led by brands including Honda, Jaguar Land Rover and Mini. However, according to Javid, the priority is to secure a trade deal with the EU following Brexit. The EU accounts for a much larger 53% of vehicle exports from the UK, equal to around 805,000 vehicles last year.

Mike Hawes, CEO of the SMMT, said: “The US is one of UK automotive’s most important global partners, second only to the EU in trade terms, so the continued threat of additional tariffs that could endanger the viability of our sector is of huge concern. It is in everybody’s interest to have thriving automotive trade between the two countries, so we urge both the UK and US to explore all options that avoid restrictive measures.”

The US is now also looking at extending its tariffs on imports of steel and aluminium derivatives, including bumper and body stampings of aluminium and steel for motor vehicles and tractors, which it said had increased by 38% between June 2018 to May 2019, compared to the same period in the previous year. Tariffs of 25% and 10% were imposed on global imports of steel and aluminium respectively in 2018, under section 232 of the Trade Expansion Act.

The US is exempting Argentina, Australia, Brazil, Canada, Mexico, and South Korea from the tariffs based on existing trade agreements.

In a proclamation issued on January 24, president Trump stated: “It is the secretary [of commerce]’s assessment that foreign producers of these derivative articles have increased shipments of such articles to the United States to circumvent the duties on [aluminium] articles and steel articles […], and that imports of these derivative articles threaten to undermine the actions taken to address the risk to the national security of the United States…[.]”

US parts imports
According to figures from Clepa, in 2018 vehicle body parts and accessories worth €984m were exported to the US from the EU. That figure was slightly down in the first three-quarters of 2019 compared to the corresponding three quarters in the previous year.

”Parts and accessories of bodies represent 12% of total exports in automotive parts to the US, but the part affected by the announcement from the Trump administration is likely to be significantly smaller,” said de Vries. That is because the steel or aluminium going into the part is worth two-thirds of its value.

In terms of bumpers and parts of bumpers, in 2018, €185m-worth were exported from the EU into the US, which represented 2.4% of the total export of automotive parts in that direction. Exports here were up by only 3.6% in the first three quarters of 2019 compared with the same period in 2018.

”Even if it concerns limited trade flows, it is important to note that small percentages in total trade can translate into significant loses in revenue and profitability share, especially for individual companies (SMEs),” said de Vries. ”Additionally, this creates a worrying precedent since the total flow of parts in which there is metal or aluminium is much bigger than other materials.”

More expensive components can actually hurt the competitiveness of the US automotive industry as well, according to de Vries, because components exported to the US can go into cars that are exported to China. “These will now become more expensive, making US manufactured cars less attractive on the global market.”

A recent example of how tariffs imposed by the US are hurting its own industry relates Britax, a US maker of child car seats, which increased production in light of the US government’s stated commitment to US manufacturing but was then badly hit by tariffs on imported components from China. In September 2018 material used to cover its seats was imported at a 10% tariff but when negotiations between the US and China broke down that tariff went up to 25%. Then in November last year 15% in tariff charges was put on the metal parts such as harnesses and buckles which the company used. The company said in November last year (in an article published in the Financial Times) that it was considering closing its US manufacturing sites and moving production to China as a last resort.