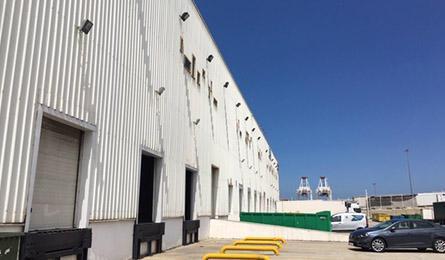 Logistics provider Nippon Express France has opened a second operation in Morocco, a logistics centre in the port of Tangiers.

The expansion follows several global automotive companies, including component manufacturers, setting up production facilities in the Tangier Free Zone next to the port.

“There are several customers, tier 1 and tier 2, which are currently delivering automotive parts from Asian or other foreign countries to Morocco and other North African countries passing through Europe, and for these customers it is useful to use Tangier port directly,” a Nippon Express spokesman told Automotive Logistics.

The tier manufacturers are able to gain lead time and save costs, and this tendency is likely to increase as new suppliers are seeking business in Morocco and North African countries, taking advantage of Tangier’s high handling capacity, he added.

Services offered by Nippon Express France, a subsidiary of Japan’s Nippon Express, at its new Tanger Med Logistics Centre include arranging customs documents, transferring containers from the port to its warehouse, storing goods and preparing them for dispatch, delivery and re-exporting goods to other countries, especially in North Africa.

Nippon Express France is thinking of expanding operations at its Tanger Med Logistics Centre as there are many connections from the port to other countries. Also, some companies use it as a hub to distribute products or parts to elsewhere in Africa, the spokesman said.

“We would like to start by studying logistics demand, such as warehousing and transportation to especially North and West Africa, in order to provide enough logistics service using our Tanger Med logistics warehouse,” he added.

Tangiers port is linked to 186 ports in 77 countries, while the adjacent free trade zone has around 800 tenant companies. The Moroccan government’s policies include enhancing the country’s status as a logistics hub for North and West Africa, with Tangier port serving as a key gateway.