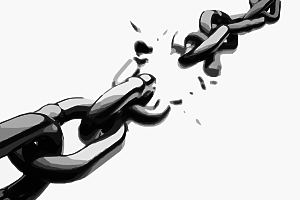 Pressure on the UK’s logistics networks appears to be growing, according to the research behind a new index focusing on perceptions of resilience and funding in UK supply chains.

Of 783 companies surveyed between late September and mid-October, around a third said pressure on their supply chain had worsened over the past six months, while 55% said it had remained the same.

Over the coming six months, only 11% expect things to get better, with 54% expecting the pressures to remain the same. A similar one-third of respondents expect their chain to weaken in the next six months.

Overall, UK firms gave their supply chains an average score of 6.6 out of 10 in the index. In terms of individual sectors, wholesale, retail and distribution was the top performer at 7.1; while construction was the worst performer at 6.0. Manufacturing and engineering achieved an overall score in line with the average.

The index, created by online supply chain funding network URICA, indicated that those in the low and middle tiers of the UK’s supply chain operated in chains that were more protracted than others, performed less efficiently and were more vulnerable to disruption.

The survey suggested as many as 43% of those at the lower end had experienced some kind of break in their supply chain in the last year, compared with only 30% at the end-user supplier level.

URICA has estimated that a 10% improvement in the overall average score firms achieve in the SCFi would lead to a 3% increase in growth and productivity.