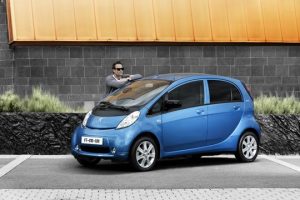 French carmaker Groupe PSA and Japan’s Nidec Corporation have agreed to form a joint venture and invest €220m in ($261m) in electric motor production in France for domestic and global distribution.

In a joint statement, the companies said they would design, manufacture and sell “a high-performance and competitive electric traction motor range” for fully electric vehicles, plug-in hybrids and mild hybrids (vehicles with parallel combustion and electric engines installed). The engines would be for vehicles made by Groupe PSA and other carmakers. That will include Opel/Vauxhall brands following PSA’s takeover of the former GM division earlier this year.

The companies acknowledged that OEMs were accelerating their shift towards electrified vehicle technologies and said the market for automotive electric motors was expected to double to €45 billion by 2030.

That acceleration has been seen in other joint ventures established this year. Daimler and its Chinese partner, BAIC, signed an agreement in July, for example, to invest $735m in their local production joint venture, Beijing Benz Automotive Company (BBAC), as they prepare it for electric vehicle production from 2020.

According to PwC Autofacts data, global sales of hybrid and electric vehicles are expected to pass 4.6m this year but much faster growth is expected in future and sales could approach 14m units by 2023.

France said in July this year that it would ban sales of petrol and diesel cars by 2040.