PSA ramps up production at Vigo before Brexit 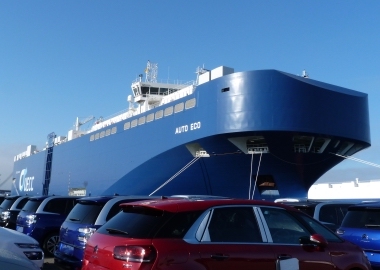 Groupe PSA has been forced to increase the production of cars bound for the UK at its Vigo plant, as more vehicles are imported ahead of a potential no-deal Brexit, according to reports from Spanish newspaper Faro de Vigo.

Given the uncertainty surrounding the UK's exit from the EU, the motor industry also has concerns about the potential strengthening of customs controls.

The port of Vigo in Galicia, Spain saw an upswing in demand for ro-ro services in January 2019, with significant rises in units shipped recorded in February. As a result, UECC introduced a second weekly stopover on the route linking Vigo and Sheerness. However, this is not intended to be permanent, although it could be retained if UK orders continue to increase.

According to the port authority, there was also almost 50% growth in PSA exports to the UK in March. A spokesperson confirmed that UECC has introduced higher capacity vessels on its service to and from the UK and the north of Europe to cope with greater demand.

In respect as to whether the expectation that UK traffic will continue to grow this year, the port authority explained to Finished Vehicle Logistics that, “PSA understands that the United Kingdom will continue to be one of its main customers, but evidently by modifying the conditions of entry for its vehicles (foreseeably with the establishment of tariffs), it will reduce its exports.”

Asked whether Brexit would have a negative impact on future traffic, the source suggested that, “It is evident that when considered as a third country, there will be commercial obstacles that do not exist at present. Tariffs and customs requirements always contribute to reduced trade.”

For further details of vehicle handling activity at the terminals in Europe, see our annual ports survey in the next edition of Finished Vehicle Logistics magazine, published at the beginning of April.