​To Sunderland… and Infiniti! 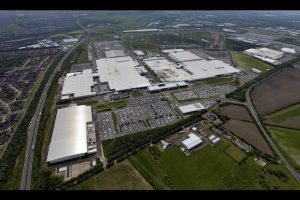 Nissan’s luxury vehicle division Infiniti will be making vehicles for the European market at the parent company’s plant in Sunderland, UK from 2015 and there are reported to be some unique considerations for logistics according to the company.

It is the first time Infiniti has made vehicles in Europe and it will begin production following the completion of a 25,000m2 extension at the Sunderland facility. The production expansion forms part of a £250m ($393m) total investment in Sunderland by Infiniti. Construction will begin over the next few weeks after planning approval was granted by the city council last week (September 4).

Nissan Motor UK manufacturing vice president Kevin Fitzpatrick said the expansion reflected a progression in the company’s manufacturing capabilities, which would be experienced throughout the supply chain.

Developments are at too early a stage for there to be any detail available on the logistics supporting production, but Paul Maddison, general manager of Alliance Logistics Europe, said work had started on the supply chain considerations the company had to make to bring in more material to what is already the biggest car plant in the UK.

The new Infiniti model will have some unique considerations for logistics,” Maddison told Automotive Logistics. “Sourcing is being decided now so our solutions are not finalised yet [but] we already know there are some unique areas of the supply chain that we need to study in more detail and a cross functional team is well underway with this now.”

Last year Sunderland made more than 510,000 vehicles, including the Qashqai, Juke and Note, and in April this year it added production of the second generation Leaf electric vehicle, the first time that model had been made outside Japan.

Basing Infiniti production for the European market there is the latest step in the success of the plant since it began operations in 1986. The company said the plant was chosen in recognition of the workforce’s productivity and quality achievements over many years. Total plant volume stands at almost 7m units.

“The compact car is crucial for our future growth plans and the decision to invest and build the vehicle in the UK further underlines our long term commitment to Europe,” said Fintan Knight, vice president at Infiniti Europe.

The new Infiniti model is expected to feature design elements drawn from the Q30 Concept being shown at this week’s Frankfurt Motor Show.

In February this year Vantec, one of Nissan’s logistics providers, opened a new warehouse in the Turbine Business Park, located near the Sunderland plant. The investment of £22.5m ($35m) was the largest investment made my Vantec in its 20-year history in the area. The 25,000m2 of space allotted suggests that Vantec will be handling a good deal more inbound material into the UK. The manufacturing site will be housing specialist equipment in the body and final assembly areas of the production line.