Toyota accelerates use of hydrogen at Motomachi 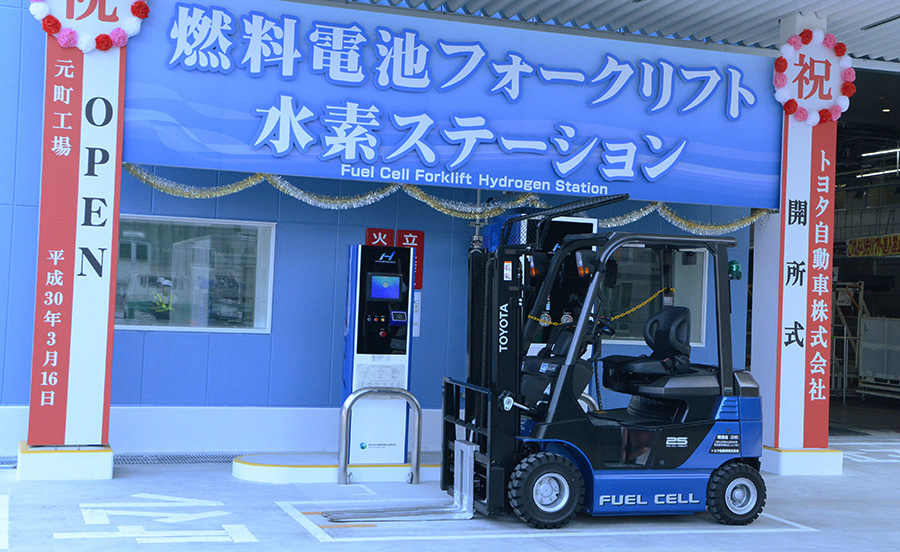 Toyota has deployed 20 more fuel cell forklifts at its Motomachi assembly plant in Japan, along with a hydrogen station for refuelling.

Used to move parts and goods around the factory, the lift trucks join two older fuel cell forklifts with a lift capacity of 2.5 tonnes that were introduced 14 months ago.

Toyota intends to continue replacing conventional forklifts with fuel cell versions, deploying a total of 170-180 at the plant by around 2020. The Motomachi plant makes Toyota’s Mirai hydrogen fuel cell car.

Use of hydrogen-fuelled forklifts, manufactured by Toyota Industries’ materials handling division, will also be promoted at the OEM’s other plants as part of group efforts to reduce CO2 emissions to zero at its manufacturing plants by 2050.

Toyota said fuel cell forklifts could be refuelled in around three minutes and, with their ability to store and supply electricity, could serve as an extra source of power during shortages or emergencies.

The company said it had also been developing and implementing low-emission production technologies and conducting regular continuous improvement (kaizen) activities to reduce CO2 emissions at its manufacturing plants.