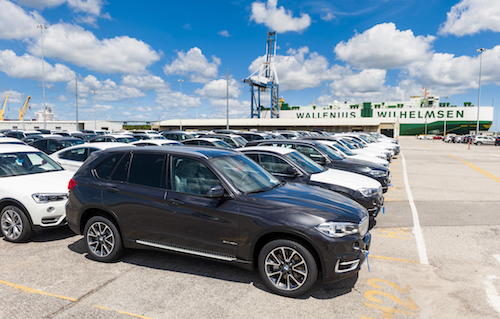 Automotive industry players, from parts makers through OEMs to dealers, have been unanimous in their condemnation of President Donald Trump’s proposed tariffs on steel and aluminium.

If implemented, the duties could lead to more expensive components and vehicles, less investment in new products and car plants, and the loss of jobs from plant closures.

Given that steel, aluminium, auto parts and finished vehicles are shipped around the world, the impact of the US adding 25% to the price of imported steel and 10% to aluminium would be felt globally.

The Motor & Equipment Manufacturers Association (Mema), which represents more than 1,000 automotive component makers in the US, already argued last week that any duties imposed would be detrimental to the segment and the 871,000 direct jobs it supports in the US.

“Tariffs limit access to necessary speciality products, raise the cost of motor vehicles to consumers and impair the industry’s ability to compete in the global marketplace. This is not a step in the right direction,” said CEO Steve Handschuh.

In a letter to president Trump, he wrote: “Mema member companies operate in an integrated global supply chain with both suppliers and customers inside and outside of the United States. This model has allowed for continued growth in motor vehicle production as well as US employment in our sector … [D]isruptions to supply chains or increases in production costs will not contribute to the national security of the United States.”

National security is the grounds upon which the President is proposing the tariffs.

Mema executive Ann Wilson said some members would be deeply affected by any duties because they rely on speciality steel and aluminium products imported from Europe, Asia and elsewhere for such products as steel tyre cords or cylinders used in fuel injectors.

Costs would rise and smaller suppliers might be unable to absorb the increase, or adjust quickly enough. Often the largest employers in their local districts, they could be forced out of business by the substantially higher cost of imports, Reuters news agency quoted Wilson as saying.

“Investments earmarked for new products and plants will instead be funnelled to pay for rising steel and aluminium prices used in existing products and facilities,” said the group’s CEO, John Bozzella.

Japanese producer Hyundai hinted at the same consequence, with financial news service Bloomberg quoting a spokesman as saying: “Changes to the existing tariff structure could negatively impact our current US production and further expansion.”

Compatriot Honda warned that “imprudent tariffs” would raise prices, “causing an unnecessary financial burden on our customers” while Toyota said that more expensive cars and trucks in the US “will adversely impact automakers, the automotive supplier community and consumers".

German brand BMW, a major exporter of US-made vehicles from its plant in Spartanburg, South Carolina, said it was evaluating the tariffs’ possible impact on operations, and added that trade restrictions hamper growth and jobs around the world.

US producer Ford said that, although it buys most of its steel and aluminium for US production domestically, the levies could harm the competitiveness of American manufacturers by raising domestic commodity prices. The company uses a greater proportion of aluminium across its model range than most OEMs.

The wider aftermathIn the US aftermarket, the American International Automobile Dealers Association (Aiada) said the proposed duties could not have come at a worse time, as auto sales have flattened in recent months.

“Manufacturers are not prepared to absorb a sharp increase in the cost to build cars and trucks in America,” said CEO of the association, Cody Lusk. “The burden of these tariffs, as always, will be passed on to the American consumer.”

Further afield, trade organisations, commentators and economic blocs have warned of the danger of a global tit-for-tat trade war breaking out. President Trump has threatened to place import duties on EU-made vehicles if the trading bloc imposes levies on US-made products in reply to levies on steel and aluminium.

In response to that threat, Lusk said car sales would be hamstrung by those further tariffs. “America’s 2,500 European-branded dealerships and their 175,000 employees will be less competitive,” he added.

However, US commerce secretary Wilbur Ross was dismissive of the tariffs’ impact on vehicles, saying in a TV interview that a tonne of steel in an average car costs $700. “Twenty-five percent on that would be [a] one half of 1% price increase on the typical $35,000 car. So, it’s no big deal,” he claimed.

But with steel and aluminium prices having risen in recent months, investment bank UBS issued a report last week which estimated that overall raw-material costs would increase 11% this year to $2,950 per US-made vehicle. That translates into $1 billion of extra costs for Ford and $800m for General Motors, according to the bank’s calculations. Tariffs would add to the commodity risk for OEMs and suppliers, it added.