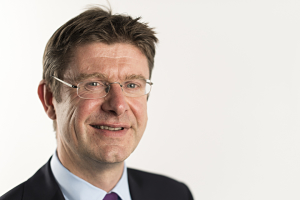 UK business and energy secretary Greg Clark (pictured) has announced the first phase of a £246m ($320m) government investment in battery technology in the country. Known as the Faraday Challenge, the four-year investment round is a part of the government’s Industrial Strategy.

The investment was revealed just a day before the government also announced its intention to ban new cars with diesel and petrol engines in the UK by 2040, following similar targets announced recently by the French government.

The Faraday Challenge will include research into different areas of energy storage, from electric vehicles (EVs) to windfarm-generated power.

“Joining together the research, development, application and manufacture of energy storage technologies – and specifically battery storage – is a huge opportunity for the energy sector and the automotive sector alike,” said Clark.

In another project, The Advanced Propulsion Centre will work with the automotive sector to identify the best proposition for an open-access national battery manufacturing development facility.

Philip Nelson, CEO of the Engineering and Physical Sciences Research Council (EPSRC), said: “Batteries will form a cornerstone of a low-carbon economy, whether in cars, aircraft, consumer electronics, district or grid storage.

“To deliver the UK’s low carbon economy we must consolidate and grow our capabilities in novel battery technology.”

Over time, further competitions will aim to boost both the research and development of expertise in battery technology in the UK.

The Faraday Challenge advisory board will be chaired by Richard Parry-Jones, who has decades of senior automotive industry experience and until recently chaired the UK Automotive Council for six years.

Parry-Jones said: “The power of the Faraday Challenge derives from the joining-up of all three stages of research, from the brilliant research in the university base through innovation in commercial applications to scaling up for production.”

The most promising research completed by the battery institute will be moved closer to the market through industrial collaborations led by Innovate UK.

Protecting the UK powertrain supply baseThe government investment in batteries forms part of its strategy to improve air quality and move vehicle sales towards cleaner energy, which now also includes the long-term combustible engine ban for new cars and vans, with potential incentives and scrappage schemes for diesel vehicles reportedly under discussion. This overall shift will ultimately be important to the UK automotive supply chain, which is heavily rooted in petrol and diesel powertrain production, including by Ford, BMW Mini, Jaguar Land Rover, Toyota and Honda, for example. The UK’s internal combustion engine manufacturing sector produced 2.55m engines in 2016 and exported 55% of them, according to Society of Motor Manufacturers and Traders (SMMT).

The engine manufacturing industry already faces questions over its competitiveness and trade rules as the UK negotiates its exist from the EU, given that a large share of components for engines are imported from Europe, and a large share of finished products are exported to European factories.

Earlier this year, Nissan Europe’s head of supply, Colin Lawther, said the potential impact of EVs on the UK automotive supply chain could be “much more dangerous” than the current lag in local content sourced in the country, highlighting a lack of production capability, both locally and in Europe, for parts related to this specific sector.

“The UK needs to replace [the UK engine manufacturing industry] with something or lose the jobs. We need to replace it with EV technology, so that is batteries, motors, inverters and reducer gearboxes,” Lawther told UK lawmakers.

Currently, Nissan assembles electric battery packs at its plant in Sunderland, where it also builds the all-electric Nissan Leaf. This week, BMW also confirmed that it would build an all-electric Mini at its Oxford plant in the UK, while importing the electric drivetrain from two plants in Germany.

However, the EV market and battery supply in the UK are still nascent. There are concerns in the UK automotive sector that the government's intentions to move towards electric vehicles could harm existing jobs and production across the industry if not done carefully. Reacting to the announcement of the 2040 ban, Mike Hawes, chief executive of SMMT said the industry was already working with government to ensure the right consumer incentives, policies, and infrastructure were in place to drive growth in the market for ultra-low-emission vehicles in the UK.

“Much depends on the cost of these new technologies and how willing consumers are to adopt battery, plug-in hybrid and hydrogen cars,” he commented. “Currently demand for alternatively fuelled vehicles is growing but still at a very low level, as consumers have concerns over affordability, range and charging points.

“Outright bans risk undermining the current market for new cars and our sector, which supports over 800,000 jobs across the UK, so the industry instead wants a positive approach which gives consumers incentives to purchase these cars,” he added.

“We could undermine the UK’s successful automotive sector if we don’t allow enough time for the industry to adjust."