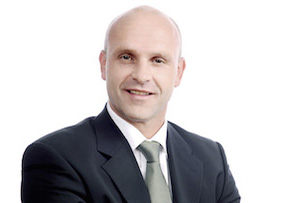 Thomas Ulbrich (pictured), currently management board member for production and logistics at Volkswagen, is to take charge of e-mobility at the German carmaker.

Last November, VW announced plans to spend €22.8 billion ($27.8 billion) in its plants around the world to prepare them for modular production and an electric vehicle offensive in coming years.

Ulbrich, 51, joined the Volkswagen Group in 1989 and his roles there have included being head of logistics at FAW-Volkswagen in China. He has been on the management board since 2008, starting as member responsible for production at Volkswagen Commercial Vehicles.

His production and logistics role on the board will be taken by Andreas Tostmann, 55, who is currently executive vice-president for production at Seat in Spain. Tostmann has worked at VW for 28 years and has been responsible for technical and powertrain project management, as well as being plant manager at Salzgitter and managing director of Volkswagen South Africa. He moved to Seat at the end of 2011.