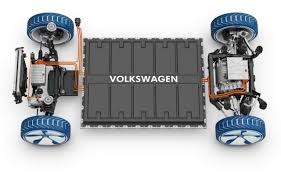 Volkswagen has been named amongst a group of corporations and NGOs aiming to end child labour, hazardous working conditions, pollution and environmental damage in the global battery supply chain.

The Global Battery Alliance was launched this week at the World Economic Forum (WEF) Sustainable Development Impact Summit and aims to create a responsible value chain for the battery market.

“It aims to transform the entire value chain, from the mining and chemical industries to manufacturers, electronics, automotive and energy businesses,” said a World Economic Forum statement.

Analysts expect a 12-fold increase in battery capacity is needed to meet consumer demands and the promise of a low-carbon economy.

The market is expected to reach $100 billion by 2025, and batteries installed in homes and businesses will account for 57% of the world’s energy storage capacity by 2040.

An Amnesty International report has previously highlighted the use of child labour in mining of cobalt, while materials such as lithium, nickel, manganese and graphite have been linked to pollution, water shortages and other environmental and social concerns, according to the WEF.

There are also calls for improvement in recycling rates given the large quantities of spent lithium-ion batteries that are discarded.

“The phones may be smart, but the system is certainly not sustainable,” said Dominic Waughray, head of public private partnerships at the WEF. “All the electronic waste we discarded in 2014 was worth $52 billion. It contained 300 tonnes of gold and significant amounts of silver and palladium.”

“To get these rare minerals and metals so that all our phone, car and toothbrush batteries work smartly, many poor people are paying a terrible cost, as is the environment. We keep a smartphone or tablet on average for just 26 months and then we throw it away, battery and all.”

Benedikt Sobotka, CEO of Eurasian Resources Group, a miner of cobalt in the Democratic Republic of Congo, said: "Unfortunately, there is almost a 100% chance that your smartphone or electric vehicle contains cobalt that comes from child workers in artisanal mines. Although creating new ethical energy sources will help, we all need to do whatever we can to put an end to child labour. The Alliance has a critical role to play in achieving this objective.”