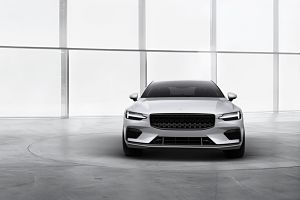 Volvo Car Group and its parent, Geely, have formed a joint venture to invest 5 billion renminbi ($753m) into developing the Polestar electric vehicle brand, including the construction of a manufacturing plant in Chengdu, China.

Polestar will also move away from a traditional ownership and sales model, with cars only being made available online and supplied on a two or three-year all-inclusive subscription basis that includes features such as pick-up and delivery servicing.

The company has already announced that all of the cars it produces from 2019 onwards will have an electric motor, with plans to introduce a portfolio of electrified cars across its model range including fully electric vehicles, plug-in hybrids and mild hybrids.

This week, the company revealed plans for its first three Polestar models, with the first being the 600hp hybrid Polestar 1, production of which will begin in mid-2019. It will be followed by the smaller Polestar 2 later in 2019, which will be Volvo Car Group’s first fully electric vehicle and will compete with the Tesla Model 3. A Polestar 3 SUV will follow later.

The company plans to launch a total of five fully electric Polestar- or Volvo-branded vehicles between 2019 and 2021.

Around half of the technology in the Polestar 1 is based on Volvo’s in-house-developed SPA modular vehicle architecture, while the remaining half is entirely new, bespoke technology created by Polestar engineers working in Volvo’s R&D department.

So-called ‘Polestar Spaces’ will be opened around the world for customers to see the vehicles. These will be standalone showrooms and not within existing Volvo retailer showrooms.

In recent years, Volvo Cars has rapidly developed and expanded its industrial footprint in China. In less than five years, the carmaker has launched two assembly plants and an engine factory there, while ramping up production and more than doubling sales in the country. It has also begun exports of China-built products to western markets.

The carmaker’s footprint in China has grown further this year. Production started in summer at a new plant in Luqiao, south of Shanghai, to build the all-new XC40 car, and models for Geely’s Lynk & Co brand. All the models built in Luqiao will be based on the compact modular architecture (CMA) that Geely and Volvo co-developed.