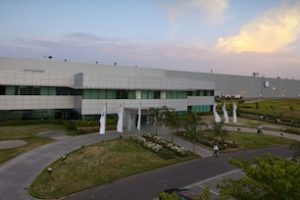 Volkswagen’s group logistics operation moved more than 5m vehicles and around 75m cu.m of parts around the globe during 2016, the German OEM has revealed.

In a statement, VW said that Volkswagen Group Logistics, which is responsible for cross-brand planning and management of material and vehicle logistics, had played a key role in achieving good delivery figures for the group across the year.

Describing 2016 as “a good year in logistics”, Thomas Zernechel, head of Volkswagen Group Logistics said: “We have achieved a lot, both in operations and in strategic terms. We have handled more than 5m vehicles for the group and defined new fields of action for the realignment of logistics to meet future requirements together with the brands.”

Altogether, VW's central logistics function was responsible for moving 5.2m vehicles (including 2.5m by ocean) and 74.5m cu.m of production material (1.4m cu.m of which was shipped outside Europe) during the year.

The company said the main challenge in logistics was in pooling the shipping volumes of the group within a network of about 8,500 suppliers, 69 component plants, 72 vehicle plants and 153 sales markets.

Volkswagen also pointed out that it had developed logistics synergies across its 12 brands, including the establishment of logistics facilities. Examples include the one supporting Audi Mexico at San José Chiapa, the facility supporting VW Commercial Vehicles Poland, in Wrzesnia, and the $167m consolidation centre it is building in Bratislava, Slovakia.

The company has also set up a cross-brand packaging plant for VW Passenger Cars, VW Commercial Vehicles and Audi brands. Furthermore, it is in the process of adding 10,000 additional parking spaces for its cars at Autoport Emden.

The OEM said Volkswagen Group Logistics would be focusing on new areas of development in the coming year. These included logistics concepts for alternative-powered vehicles, the autonomous movement of materials and vehicles, as well as the digital transformation of logistics and associated skills training.

Pune production surgeIn a separate announcement, VW has confirmed that its plant in Pune, India (pictured), has made more than 250,000 vehicles for export so far, including the VW Polo and Vento models. Last year, the plant produced more than 84,500 cars – a 22% rise on the previous year. Volkswagen Group Logistics is also responsible for global ro-ro exports.

VW began making vehicles for export at the plant in 2010, a year after it opened. Total production at the plant since 2009 has now passed 720,000 and last year it made 145,000 for the combined domestic and export markets (60,500 for domestic demand) – its highest annual production figure since assembly began. The Pune plant has a total annual capacity of 200,000 vehicles.

Along with Polo and Vento, the plant makes the Ameo and Skoda Rapid. The Vento accounted for more than 50% of production at the plant last year at 83,300 units. The main export market for the Polos and Ventos made at the Pune plant is Mexico.

While growth in exports was significant and accounted for the greater share of production at Pune, Dr Andreas Lauermann, president and managing director of Volkswagen India, was keen to emphasise that demand from Indian consumers was the main contributor to increased output there.

“This is the fourth year in a row that the Volkswagen Pune Plant has recorded a growth in its production volume,” he said. “Despite a challenging year, there was a surge in demand for our cars this year. The main contributor was high demand from our Indian customers who have appreciated the made-for-India and made-in-India Ameo. Along with that, the Vento’s success in India and around the world has been noteworthy contributor, too.”

VW has a network of 250 dealers across India and has invested more than €825m (5720 crore rupees) in the Pune plant, which has a localisation level (excluding engines and transmissions) of approximately 82%.

Volkswagen India also has a smaller plant in Aurangabad, with an annual capacity of 89,000 vehicles, which makes various premium and luxury Audi, Skoda and VW models for the home market.