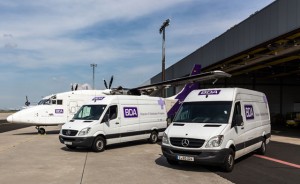 Suzuki had to recall all of its UK Celerio models, which hit the market in February this year, following a test that revealed the vehicle failed an emergency stop at 80mph. Following the recall the carmaker contacted BDA to get replacement parts delivered from Japan and distributed to 152 dealers within 24 hours of arrival in the UK.

The parts were collected in Milton Keynes on a Saturday afternoon and had been distributed to the dealerships in the UK by 9 am the following Monday morning.

“As there were no brake pedal assemblies available in the UK, they had to be manufactured in Japan and imported into the UK very quickly, which is where BDA stepped in and did an incredible job,” said Andy Morton, warehouse manager at Suzuki’s parts and accessories division.

According to the company Suzuki was able to relaunch the Celerio in the UK just a few weeks following the incident, and has said it does not expect the issue to affect sales of the model.

“Automotive manufacturers are being tested far more stringently and the high cost of supply chain failure means that time critical logistics is beginning to become more invaluable to this sector,” said John Page, business performance director at BDA, who was instrumental in designing and implementing the replacement strategy for Suzuki.