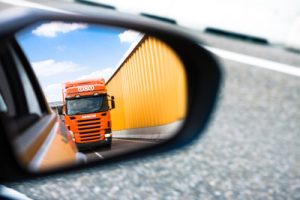 TNT Express has reported improving operating profits for its core European region in the first quarter of 2014, despite a drop in revenues. While some international markets remain under pressure, the company also saw better results for its domestic Brazil operations, which broke even for the quarter.

In total, TNT reported revenues a -6.6% drop in revenue compared to the first quarter of 2013. The company attributed the drop in revenue to negative foreign exchange movements and the disposal of the company’s China domestic business. Operating income stood at €17m ($23.4), compared to €219m last year; however, last year’s figures included a €200m termination fee from UPS following resistance from European Union authorities in its takeover bid of TNT.

Improvements were seen across TNT's Europe operations, with operating income at €32m, up around 10% compared to last year despite a 2% drop in revenue. The average kilos transported per day rose from 11,071 to 11,119.

In Asia, the Middle East and Africa, revenue dropped 24%, including a decline in average consignments per day from 90 to 59, a fall of -34.4. But that decline was mainly attributed to the sale of the China domestic business, as operating income swung from a loss of €3m to profits of €4m.

Business in the Pacific region, including Australia, was worrying, down around 18% this quarter.

But the company cited encouraging results in Brazil, where it has a large amount of business in automotive. Adjusted revenues were up 11.3% to €79m, resulting in breakeven profits. The company cited good cost control, new contracts and changing customer portfolio among the reasons for improvement. TNT reversed its decision to sell its business in Brazil – TNT Mercurio – at the beginning of this year.

Overall, TNT reported progress on its cost-cutting drive, including a reduction in costs of €30m this past quarter. The company predicted continuing progress in Europe, the Middle East and Brazil, while Pacific markets are expected to continue to struggle.

“I am particularly pleased with the profit recovery in our core European segments and in Asia Middle East and Africa as a result of the restructuring initiatives we took since last year,” said TNT CEO Tex Gunning. “The Brazilian team deserves special mention, with excellent progress made on the turnaround resulting in a break-even result for the quarter.”