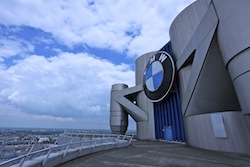 BMW’s spare parts supply chain in Germany is being disrupted by breakdown in its logistics programme ATLAS, which is causing delays to the delivery of replacement parts in the aftermarket. Around 10% of parts required are not immediately available in the group’s central warehouse in Dingolfing, Germany, a facility that feeds 40 distribution centres. The carmaker is currently having to offer replacement vehicles for customers affected by delays.

The ATLAS project began in 2009 was expected to be complete within three years but problems in the supply chain began more than two months ago. BMW has reacted by placing its workers on extra night and weekend shifts, and said it hopes to have the new system fully operational by early September. A spokesperson for the carmaker said that it was currently attempting to reduce transit times for its foreign markets by using air freight.

Customers are currently waiting for parts to be delivered before their cars are repaired, but in most situations it is almost impossible to calculate the length of delay. As well as supply to the 40 distribution centres, the Dingolfing warehouse supplies about 300 repair shops in Germany. Markus Zollner, the owner of one such repair shop in Regensburg, claimed that one missing part can set a repair back indefinitely. “Sometimes cars are standing there for weeks,” he said, in a statement for Automotive News Europe.

IBM, the main contractor for the ATLAS project, has pulled out of the programme’s set-up for unknown reasons. Benjamin Voss, head of communications for the BMW group, told Automotive Logistics that the company's central logistics programme undergoing change handles all spare parts orders worldwide, including incoming and outgoing articles.

“The decision was taken to make this change to ensure that all spare parts orders would be handled faster, more conveniently and more reliably, to the benefit of our customers in future,” said Voss. “But the changeover of the software is just one process stage of the spare parts logistics system.”

Materials management, such as ordering and delivery by suppliers, storage and delivery processes, as well as staff training at the central warehouse and dealerships worldwide are also included in the process. “Our main challenge at the moment is placing parts in stock, making them available for delivery,” said Voss.

Burkhard Weller, owner of the Osnabrueck-based Weller Gruppe, said that the company was currently having to disappoint about 180 customers per month, meaning that 20% of BMW’s clientele are waiting for essential repair work. Those delays risk having a negative impact on BMW’s reputation.

“The ongoing problems on the spare parts supply might tarnish BMW’s image,” said Stefan Bratzel, director of the Center of Automotive Management at the University of Applied Sciences in Bergisch Gladbach, as reported by Bloomberg. “I don’t remember any comparable case that a problem like that is dragging on over months.”

BMW’s Voss claimed, however, that most of the backlog in available parts has already been dealt with. He said that at the Dingolfing warehouse between 260,000 and 270,000 parts items have been processed and sent out over the past weeks. He was unable to comment on the impact the delays are having on the revenue that BMW generates from its aftersales business.