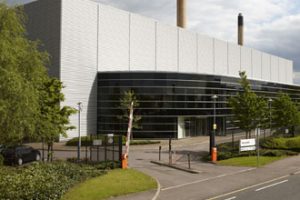 BMW has awarded warehousing and distribution provider Fullers Logistics with a Gold Award for the third consecutive year for services provided at its Dealer Metro Distribution Centre (DMDC) in Slough in the UK.

Fullers Logistics operates the service parts centre on behalf of BMW and manages the dispatch up to three times a day of up to 1,500 line items to BMW and Mini retailers in the southern regions of England and Wales. Services include receipt, put-away, pick/pack and same-day dispatch.

BMW has recognised Fullers because it once again hit an overall score of more than 99.9% in terms of performance.

In 2015, the operation at Slough was enhanced by the introduction of a Saturday service.

“We are measured across a range of operational elements throughout the year including quality, stock management, pick accuracy and on-time delivery,” explained Tony Dempsey, divisional managing director at Fullers Logistics. “Gold awards are bestowed for achieving a minimum of 99.80% accuracy across these areas and we are delighted to have exceeded this goal for the third consecutive year.”

As reported when it won the award last year, BMW has extended its contract with Fullers for a further five years to 2022.

BMW first signed a contract with Fullers in 2014.

“I am pleased that our continual focus is paying dividends and am confident that it will allow us to continue delivering an outstanding level of service to BMW Group UK for years to come,” concluded Dempsey.