Brazil to benefit from car terminal expansion at Suape port 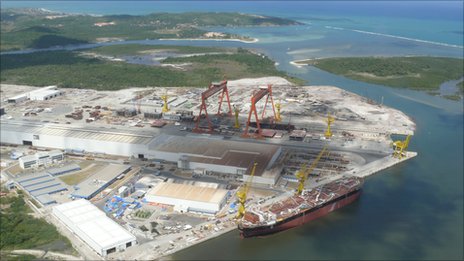 Carmakers active in the Brazilian market are expected to benefit from the development of a 19-hectare car terminal at the port of Suape, due for completion in November this year. The move promises to ease congestion for the processing of vehicles in Brazil, where insufficient port capacity is creating bottlenecks and constraining imports and exports.

Brazil exported almost 476,000 cars last year, up 26.5% on 2012 and valued at a record $5.5 billion, which was 36% higher. Of this total, 348,500 vehicles, or the equivalent of $4 billion, passed through Brazilian ports. Traffic in the other direction has been dropping, however, because of a punitive 30% tax on imported vehicles.

As reported in Breakbulk this week, Caio Ramos, vice president of the Suape Industrial Port Complex (SIPC), said the new terminal would become the “principal distribution terminal for the automobile industry in the northeast”.

The port currently handles around 1,800 imported vehicles a month for VW and GM on a four-hectare terminal space operated by logistics and transport provider Tegma. SIPC has extended the space by five hectares already and will add another 10 by November, when a new tender to operate the facility will be issued.

The development of the car terminal was part of a deal the state government of Pernambuco signed with Fiat-Chrysler when it agreed to build its $2 billion production facility at Goiaina, 100km to the north. That facility is expected to be up and running by the beginning of next year, with an annual production capacity for 250,000 vehicles and 150,000 engines. Fiat-Chrysler is also building a supplier park for 14 of its suppliers in the plant area.

Talking to Automotive Logistics in February, Alfredo Leggero said that Suape should be established as a hub for products originating from North America and Europe to the entire Latin America.