Car usership is changing – how should supply chains adapt?

Trends in the automotive market are fundamentally shifting, resulting in manufacturers facing challenges on two fronts: maintaining profits in established markets, where sales are falling, and taking advantage of the sales opportunities in growing markets in Asia and South America. In both situations, supply chains are proving key to sustaining profits and improving customer loyalty. 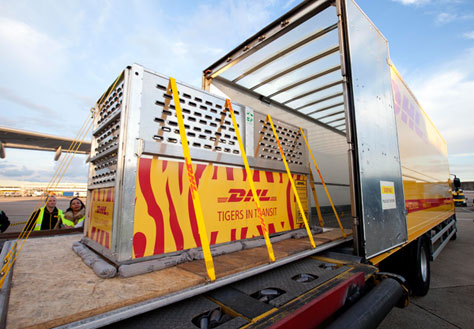 The global economic downturn has hit car and vehicle manufacturers hard. A 2012 study by the Australian government revealed that car use in 20 ‘developed’ countries began to plateau around 2004, and has continued to fall steadily since in many markets such as the UK, Germany, France, Japan and the USA.

Passing your driving test and getting a car used to be a real rite of passage, but the average age at which people pass their test is rising as attitudes have changed. Economic woes have led to shifts in trends, such as children living with their parents longer and learning to drive later. Indeed, in the late 1970s, 86 percent of 18-year-old Americans had a driving licence. A 2010 study by the University of Michigan found that this proportion had dropped significantly to 61%. Practical issues such as high unemployment, as well as rising insurance premiums and fuel prices, have combined to dampen sales of new vehicles.

People who do own their own cars are travelling fewer miles each year and replacing their vehicles less often. Life expectancy for cars in the UK has increased from 11 to 13.6 years, and studies by the RAC Foundation found that the mileage driven by men in their 20s fell by 30% between 1996 and 2006.

Because car owners are covering fewer miles each year, vehicles’ parts don’t need replacing as often – another challenge for original equipment manufacturers seeking to take a slice of the valuable vehicle-parts market. TrendTracker estimates the servicing and crash-repair markets – including labor – were worth more than £22 billion in 2011 in the UK alone.

Supply chain is the secret to changing profit source

All these trends have significant implications for car manufacturers’ business models. Traditionally, manufacturers made their margins by selling new cars with lots of optional extras, but as fewer cars are being sold, profit is becoming more important, achieved from selling parts, accessories and service work.

DHL is seeing the services that our customers ask us to provide change, in response to market trends. One such area is the delivery of spare parts and accessories. Customer demand is decided by availability and price; if the parts to repair their cars aren’t in stock, customers will take their business somewhere else.

Our response has been to develop regionalized, close-to-market solutions that support our customers’ evolving business models. In Europe – particularly Germany and the UK – we’ve set up local distribution centers that can provide a number of services to manufacturers and their franchised dealerships. These include responsive same-day deliveries, and through-the-night stock replenishment deliveries. [sam_ad id=6 codes='true']

In the UK, DHL Supply Chain created an innovative distribution solution – of a ‘mega’ distribution center supported by smaller ‘micro’ centers – for Volvo, which enables the firm’s dealerships to receive parts deliveries up to three times a day. Since this distribution model was implemented, the value of the dealerships’ stocks decreased significantly. Having fewer parts in stock also freed up valuable space for the dealerships, with one dealership able to create a new bodyshop bay as a result. Volvo has also enjoyed increased levels of customer retention and loyalty as a result of quicker repair times.

This local distribution concept is really taking off, and we’re working with our customers to establish similar-style operations in North America and China as well. This new supply model is what manufacturers’ customers expect from them, so investing in their supply chains has been crucial for boosting customer-retention levels, which are vital to manufacturers’ continued success in the competitive market.

As car dependency in established markets declines, automotive manufacturers are turning to their supply chains as a way of maintaining customer loyalty and achieving profits. The supply chain is just as crucial to automotive manufacturers seeking to break into emerging markets in regions such as South America and Asia, as well as established markets, making it vital to get right.