China’s State Council has released guidelines to promote the development of the commerce and logistics sectors to boost consumption and speed up job creation. According to state-run news agency, Xinhua, commercial loans and other policy support will be provided to relevant companies with the intention of building them into globally competitive retailers and logistics providers. 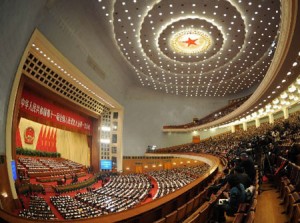 The announcement follows one made last month by China’s government to have a new logistics system in place by 2020. The government said that by then it forecast industry growth in the logistics sector would be 8% and account for 7.5% of GDP. Efforts would be made to strengthen logistics infrastructure networks, including an integrated transport system, a comprehensive transport corridor, and transport hubs supporting greater multimodal options (read more here).

These developments are also in line with government policy of encouraging China’s economy, including the automotive and logistics sector, to shift away from pure scale and investment growth, and to move towards higher value services and products.

Logistics investment is much needed as China grows to overtake the US as the world’s biggest economy, but there remain restrictions in its provision of logistics.

Last week, during a conference of the Chinese Automotive Logistics Association, a branch of CFLP (and a partner for Automotive Logistics events in China), executives and ministers from companies including Anji Automotive, FAW Logistics, Changhan Minsheng and Changjiu Logistics, all pointed to the importance of “upgrading” the country’s automotive logistics services to focus more on higher quality, value-added services, multimodal logistics and making better use of mobile and internet technology.

Cai Jin, vice-president of CFLP, echoed the government’s official line on economic development. He said that slower, more stable growth in GDP and automotive sales would put more focus on innovation in logistics. “China’s economy and automotive industry are no longer based on ‘scale’, as this is no longer sustainable,” he said. “We have entered the transformation period, and that requires innovation, which is what we need to grow now, including in logistics.”

From January to September this year, consumption contributed to 48.5% of China’s economic growth, outdoing investment, which accounted for 41.5%. However, the State Council acknowledged there remained bottlenecks that needed to be unblocked, though no timetable for the improvements was announced.

Crackdown on tax and compliance
In the latest announcement the State Council said that efforts will be made by the authorities to improve the business environment for logistics companies, including reducing administrative approval procedures and tax burdens.

The authorities will also publish a blacklist of companies that fail to keep their promises in a bid to establish a credit evaluation mechanism, noted the document.

The government is also expected to get tougher on enforcing road safety rules in China. Such enforcement could have a notable impact for the finished vehicle logistics industry, as many logistics providers openly violate the official size and weight restrictions for trucks. It is estimated that tens of thousands of carriers in China are currently in violation of standards (read more here).