Daimler Truck exports to Africa on the increase 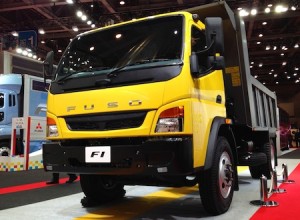 Daimler has doubled sales of the Fuso truck in Africa during the first two months of the year, based on finished vehicle exports from Japan and India.

The company reported sales of 1,000 Fuso trucks during January and February and said that to maximise further growth potential it would be combining the strengths of the commercial vehicle subsidiaries Mitsubishi Fuso Truck & Bus Corporation (MFTBC) in Japan and Daimler India Commercial Vehicles (DICV).

The DICV facility in Chennai, India ships completely built trucks to Kenya, Morocco, Egypt and South Africa, and forms part of its Asia Business Model that targets sales in Africa and Southeast Asia.

Daimler Truck Asia has also recently launched the Fuso truck in Tanzania. Last year it sold a total of 8,500 trucks in Africa, based on five models: the medium-duty models FA and FI (between 9 and 16 tons) and the heavy-duty models FJ, FO and FZ (ranging between 25 and 49 tons).

“We are already present in over 30 marketplaces in Africa and are still expanding both our product range and our service operations network,” said a spokesperson for Daimler. “This is a clear signal that we expect further growth in Africa.”

The company would not specify with which transport providers it was working on the export trade, stating that the choice depended on factors relating to route, timing and conditions.

Through the Daimler Trucks Asia division the company plans to invest €300m ($414m) in international sales and production structures between 2014 and 2018. It added that by 2020 around 290,000 units of the Fuso and BharatBenz brands would be sold worldwide.

“Our Fuso brand is firmly established in Africa and Asia,” said Dr Wolfgang Bernhard, member of the board of management of Daimler, responsible for Daimler Trucks and Buses. “In combination with the products from our Indian production, we want to continue to grow our sales in these important growth markets.”

Asked whether continued sales growth would lead to the establishment of full production facilities in the African market, the spokesperson said that Daimler was not currently looking at this option.